Ashwatthama: Avatar of Lord Shiva is still alive on earth.

Ashwatthama: Avatar of Lord Shiva is still alive on earth. 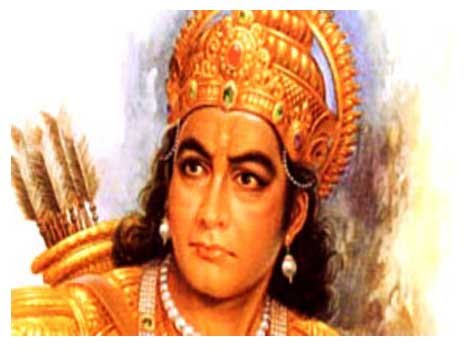 The results of karma is very peculiar.  Sometimes, by virtue of the grace of God, when the sin & virtues move in parallel, then the condition of life also gets pulled in a different direction.  But where the burden of sinful deeds is on the mind, then the human does not get peace anywhere and he moves moves here & there, but the sins keep him disturbed. If the virtues pulled him towards the good path, then the sins lead him to the wrong  way.  It can also be seen as something like the struggle of the sea churning of Devas and Asuras in which fourteen gems appear.  Likewise, there is upheaval in our mind like churning of the sea. Our thoughts, which are full by the effects of the acts of natural previous births, spontaneously drag us into the present birth towards good deeds or sin deeds.  In this context, while giving the Gita knowledge in the Mahabharata war, Lord Shri Krishna says that Arjuna, you do not want to fight, yet you will be bound to fight by the flow of inspired virtues and rituals of your birth.

In this context, the amazing truth of life is hidden.  Thousands elephants's power is in this mind, which can distract the ordinary -extraordinary man and bring him from anywhere.

Now see Ashwatthama, the warrior  of Mahabharata. He is one of the seven Sanjeevan Devas who are worshiped in the morning with a mantra for long life.  That Ashwatthama is immortal but due to curse and his sin, he wanders on the restless earth with his wounds.

Ashwatthama was born to Drona, the son of the sage Bharadwaja.  His mother was Kripi, the daughter of sage Shardwan.  Dronacharya's gotra was Angira. Brahmin Drona married Kripi to get children by orders of ancestors. Kripi was also very religious, simple  and virtuous.  Both were from poor family. As soon as he was born, Ashwatthama uttered a loud word like horse's voice which resonated in all directions and sky.  Then Akashvani said that the name of this special child will be Ashwatthama.

Fear of Ashwatthama in the Mahabharata war: When the army of demons led a terrible attack under the leadership of Ghatotkacha all the Kaurava heroes fled.  Then Ashwatthama stood there alone.  He killed Anjanaparva, the son of Ghatotkacha.  He also killed an Akshohini army of Pandavas and wounded Ghatotkacha.

Here in the war, Arjuna, Krishna, Yudhishthira, Bhima, Nakula, Sahadeva, Drupada, Dhrishtadumra and Ghatotkacha etc. were fighting.  In spite of him, Ashwatthama killed 90 sons of Kuntibhoj, heroes like Balanik, Shataniq, Jayashva, Shrutahya, Hemmali, Parshvdhra and Chandrasen were killed  in the battle and drove away Yudhishthira's army.  Fear and terror spread in the Pandava's side in view of this demolition by Ashwatthama.  Now it was very important to stop Ashwatthama.  Everyone was considering it otherwise the defeat was certain the next day.

Ashwatthama elephant killed : Drona is made new commander at the behest of Karna in the battle of the tenth day after Bhishma lying on arrow's bed. Duryodhana and Shakuni tell Drona that if he take Yudhishthira captive, the war will end automatically.  When at the end of the day, Drona proceeds to defeating Yudhishthira in battle and to arrest him , then that Arjuna comes and stops him with his arrow's rain. Nakula was with Yudhishthira and Arjuna also returned to Yudhishthira.  Thus the Kauravas could not capture Yudhishthira.

When Guru Dronacharya asked Dharmaraja Yudhishthira to know the truth of Ashwatthama, he replied, "Ashwatthama is killed but an elephant."

At the same time Shri Krishna performed the Sankhnaad, due to which the noise of Guru Dronacharya could not hear the last word 'elephant' and he understood that my son was killed.  Hearing this, he gave up his arms and closed his eyes in the battlefield and sank into mourning.  This was the occasion when Draupadi's brother Dhrishtadumara, knowing Dronacharya was unarmed, beheaded him with a sword.  This news was horribly tragic for Ashwatthama.  After the deceitful murder of the father, Ashwatthama laid down all the rules of war.

Use of Brahmshirastra on the 18th day of Mahabharata: On the eighteenth day three warriors of the Kauravas are left - Ashwatthama, Kripacharya and Kritavarma.  On this day, Ashwatthama vowed to kill the Pandavas, but he did not understand how to kill the Pandavas.  Ashwatthama was thinking this only when an owl attacked the crows at night, the owl kills them all. Seeing this incident, Ashwatthama had the same idea in his mind, and with the help of Kripacharya and Kritavarma, in the dark night, he reached the Pandavas' camp and beheaded the 5 sons of the sleeping Pandavas as Pandavas.  When Dhritishdumra wakes up from this incident, Ashwatthama kills him too.

Everyone condemns this misdeed of Ashwatthama.  Unhappy with the murder of her sons, Draupadi starts mourning.  Hearing his lamentation, Arjuna vowed to cut Ashwatthama's head.  Hearing Arjuna's pledge, Ashwatthama escaped, then Arjuna followed him by making Shri Krishna a charioteer and taking his Gandiva-bow. Ashwatthama did not get protection anywhere, due to fear, he used Brahmashirastra on Arjuna.  Arjuna also had to use Brahmashirastra under compulsion.  At the prayer of the sages, Arjuna withdrew his weapon but Ashwatthama turned his brahmashirastra towards Abhimanyu's widow Uttara's womb.  Krishna saves Uttara's womb with his power.

Finally Shri Krishna said, "O Arjuna! Dharmatma, sleeping, inattentive, drunk, mad, ignorant, chariotless, women and child killing is forbidden according to dharma. He has behaved against dharma, killing sleeping innocent children.  If he alive, he will commit sin again, so immediately fulfill your vow by killing him and placing his severed head in front of Draupadi. ​​"

Even after hearing these words of Shri Krishna, Arjuna took pity on his guru son and took Ashwatthama alive in the camp and put him in front of Draupadi.  Draupadi, looking at the tied Guru's son like an animal, said, "O Aryaputra, this is the Guru's son.  You have gained knowledge of these unique weapons from his father.  Acharya Drona is standing in front of you as a son. By killing him, his mother Krupi would be just like me and mourn the son in mourning.  She did not sati with Dronacharya because of her special attachment to the son.  Kripi's soul will constantly curse me.  My dead sons cannot come back after killing him, then you should free him. "Hearing these religious utterances of Draupadi, everyone praised her.  To this, Shri Krishna said, "O Arjuna!  According to the scriptures, it is a sin not to punish the sinner, so do what is right. "

Realizing his point, Arjuna cut Ashwatthama's head hair with his sword and took out the gem of his forehead.  Once Mani came out, he became powerless.  Later Shri Krishna cursed Ashwatthama to wander for 3 thousand years.  Finally Arjuna expels him from the camp in the same humiliated state.  Ashwatthama was the son of Dronacharya.  Dronacharya pleased Shiva with his penance and got a son named Ashwatthama .

Ashwatthama had many powers given to him by Shiva.  He was incaration of Shiva himself.  Since birth, Ashwatthama had a priceless gem on his forehead which kept him fearless from the demons, monster, weapons, disease, deity, serpent etc.  Due to this gem, no weapon could be affected. While giving life to Ashwatthama, Draupadi suggested Arjuna to take off his gem.  Therefore, Arjuna took his gem and gave him life.  Arjuna gave this gem to Draupadi whom Draupadi gave to Yudhishthira.

According to Shiva Mahapuran (Shatrudrasamhita-37) Ashwatthama is still alive and he resides on the banks of the Ganges but it is not stated where his residence is.