Who Was Pondrak, Why Did Shreekrishna Kill Him.


Who was Pondrak, why did  Shreekrishna kill him.


In the scriptures and mythological texts of our Sanatan Dharma, various incarnations of God are found, in the present era, or in the era of Lord Krishna, i.e., in the Dwapar Yuga, an interesting description of a fake incarnation is found in the dasham skandha of the Srimad Bhagavat Granth. 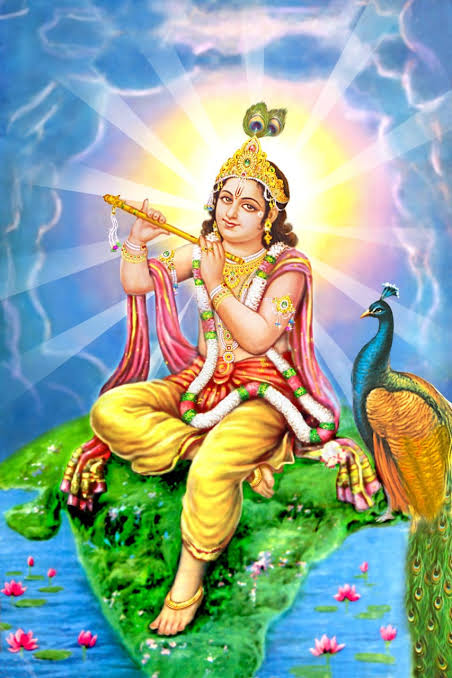 The story of this fake avatar of Dwapar yuga gives us a very important lesson  which is very relevant in today's Kali Yuga.  But first we go towards the story.  It is about the time of Dwapar yuga when Lord Krishna was as Dwarkadhish and in a vast area of ​​the sea, he built his very beautiful Dwarka city . At the same time, King Pondrak of Karush desha once sent his messenger to Lord Krishna and said, 'I am Lord Vasudev, the real incarnation of God , no one else.'
When the envoy of Pondrak came to the assembly  , Lord Krishna was sitting in Dwarka's assembly with his members .  The messenger appeared and told his king Pondrak's message in front of everyone, "I am the only Vasudeva, there is no one else.
I have taken an avatar for grace the creatures of the world.  You have falsely named your name Vasudev, now leave it.  Yaduvanshi Veer!  You are foolishly wearing my sign.  Leave them and come to my shelter and if you do not agree, fight with me. " At that time, listening to the message of King Pondrak, who claimed to be the incarnation of the real God, all the members including Ugrasen started laughing.
Shri Krishna also smilingly said to Pondrak's messenger, "Go and tell your king that it will be decided in the war, who is the real Vasudeva?"  And yes to tell him to abandon foolishness and take the shelter of knowledge, otherwise I will not remove my chakras and other symbol . I will leave them to him and not only to him, but also to all his friends, by whom he is being misled like this. "
King Pondrak was living in Kashi at that time with his friend Kashiraj.  After the answer given by Krishna to Pondrak's messenger, there was a war between them.  The armies on both sides came into the ground, the king of Kashi with his huge army was behind Pondrak's army.

At that time, Pondrak had put on his body signs of conch, chakra, mace, sword, Sharang dhanusha( bow) and shrivats made of divine science and technology.  Artificial Kaustubhamani (who was also giving the impression of artificial divinity) and Vanamala were hanging on the chest.  He was wearing silky yellow clothes (like Lord Vishnu) and also put a Garuda symbol on the flag of the chariot.
He was wearing a priceless crown on his head, which was giving an absolutely amazing aura and the earlobes of his ears were shining, that fake Krishna kept his costume completely divine (but artificially).  It seemed as if some other place (planet) creature had come to the earth.

For a moment, Lord Shri Krishna challenged him and  start loudly laughing ,when looked at that fake avatar , who  announced real Vashudeva himself .  Krishna's laughter not liked by Pondrak.
After this Pondrak attacked on Lord Krishna with Trishul, mace and other weapons.  Lord Krishna destroyed the elephants, chariots and horses of the army of Pondrak and Kashiraj in a moment.  After this, Lord Krishna severed the head of that fake avatar by striking his Sudarshan Chakra.
Thousands of years before Pondrak, Hiranyakashipu also introduced himself as God, he was reprimanded his son Prahlada  for not to worshiping any god as  none other than me. That demon made a miserable attempt to inflict inhuman tortures on his own son Bhaktaraja Prahlada, in allegation of devotion to God.

In the end, his sins were cross the limit and Lord Narasimha appeared from the pillar , tore the stomach of that self-announced Lord Hiranyakashipu and destroyed his ego.
Bharatvarsha is the holy land of incarnations.  Here, many incarnations like Lord Shri Krishna, Lord Shri Rama etc. incarnated in human form for the protection of Cow, Brahmins, saints and for the re-establishment of dharma, but it is very unfortunate that like Pondrak and Hiranyakashipu from time to time also many such  type people are born, who claim to be true incarnations, continue to exploit the naïve devotees religiously.
Every Sanatani(the follower of sanatan dharma) must read the 'Gita Gyan' provided by 'Yogeshwar Maharaj Shri Krishna'.  This is our basic duty.  If you read the Gita, understand the Mahabharata, contemplates the character of Shri Krishna, then your knowledge eye will open.  You will understand why the sages, the saints have called him the real God.
As if we consider as Pondraka , he used to always contemplate the form of God, whatever he was thinking, he used to remember him again and again in disguise, so all his bonds were cut off.  He died at the hands of God and he attained salvation, but the aim of these Kaliyugi Gods is only selfishness and exploitation.  Far from remembering the form of God, these people do all the work directly against their principles;  Therefore, we should alert from this such type of peoples.
By Shivgyaan at September 14, 2020