When Lord Shiva took Parvati's test by becoming a crocodile


When Lord Shiva took Parvati's test by becoming a crocodile 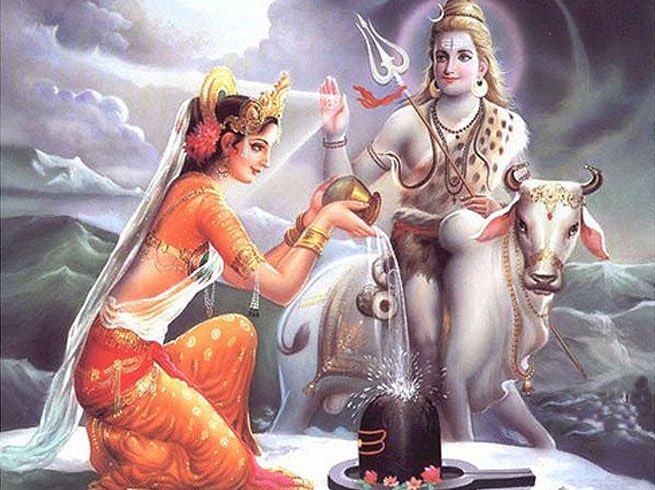 Many stories related to the marriage of Lord Shiva and Mother Parvati are enshrined in the heart of the Indian public mind.  Goddess Parvati had done austerities for thousands of years to get Lord Shiva as her husband, this is a famous and well-known fact. But do you know that Mahadev had also duly tested Parvati before approving his marriage.  In fact, Mahashiva wanted that since he has to take cognizance of the happy-sad of the people, then his wife should also be such a person, who understands the mind of every living being, accept every particle of the creation as her own part. to nourish and to protect.  It was for this reason that he took the test of Parvati.

Mother Parvati was doing intense penance to get Shiva as her husband.  Seeing her tenacity, the gods prayed to Shiva to fulfill the wish of the maa Parvati.

The Saptaris counted hundreds of demerits of Shiva but Parvati ji was not allowed to marry anyone other than Mahadev.


Before marriage, all grooms want to be confident about their future wife.  Therefore Shiva himself decided to take Parvati's test.

Lord Shankar appeared and disappear after granting a boon to Parvati.  While she was doing penance, the crocodile caught a boy in a nearby pond.

The boy shouted to save his life.  The scream of that child could not unheard from Parvati ji.  She reached the pond with a kindful heart.  She sees the crocodile dragging the boy inside the pond.

Seeing the goddess, the boy said - I have neither mother nor father, nor any friend ... Mother, you protect me ...

Parvati ji said- O grah(crocodile)!  Leave this boy.  The crocodile said- It is my rule to accept what I receive in early morning  of the day, considering it as my diet, it is my rule.

Brahmadev has sent this boy for early morning  of the day.  Why should I leave it?

Parvati ji pleaded - you leave it.  Tell me what you want in return.

The crocodile said- I can leave it on one condition only.  You received  a boon from Mahadev by austerity, if you give me the result of that tenacity, then I will leave it.

Parvati ji agreed.  She said- I am ready to give you the results of my tenacity but you leave this child.

Crocodile explained- Think Goddess, do not get excited and get resolved.  The penance that has been done for thousands of years is not possible even for the gods.

All its results will go in return for the life of this child.

Parvati ji said- My determination is sure.  I give you the results of my tenacity.  You return his life.

The crocodile made Parvati resolve to do donate .  As soon as the tenacity was donated, the body of the crocodile started shining brightly.

Crocodile said - O Parvati, look, I have become stunning due to the effect of tenacity.  You wasted a lifetime's achievement for a child.  If you want, I can give one more chance to correct your mistake.


Parvati ji said- O grah!  I can do penance again, but if you had swallowed this boy, would he has got his life back?

On seeing this, that boy became invisible.  The crocodile disappeared.

Parvati ji thought - I have donated my penance.  Now I start my tenacity again.  Parvati pledged to do penance again.

Lord Sadashiva appeared again and said - Parvati, why are you meditating now?

Parvati ji said- Lord!  I have donated the results of my tenacity.  To resolve to get you as a husband, I will again do the same intense meditation and please you.

Mahadev said - I was both in crocodile and boy form.  I made this leela(play) to test whether your mind feels its happiness and sorrow for the creatures .  I am one in many forms.  In many bodies, I am devoid to only one.  You have given me your tenacity only so there is no need to meditate anymore…

Now give up penance and prepare for marriage and thus on the strength of own hard penance and simple mind, Parvati ji pleased Shiva and she became unindivisual part of  Shiva.