Why there was a dispute between Shree Ganesh and Devi Tulsi.

Why there was a dispute between Shree Ganesh and Devi Tulsi. 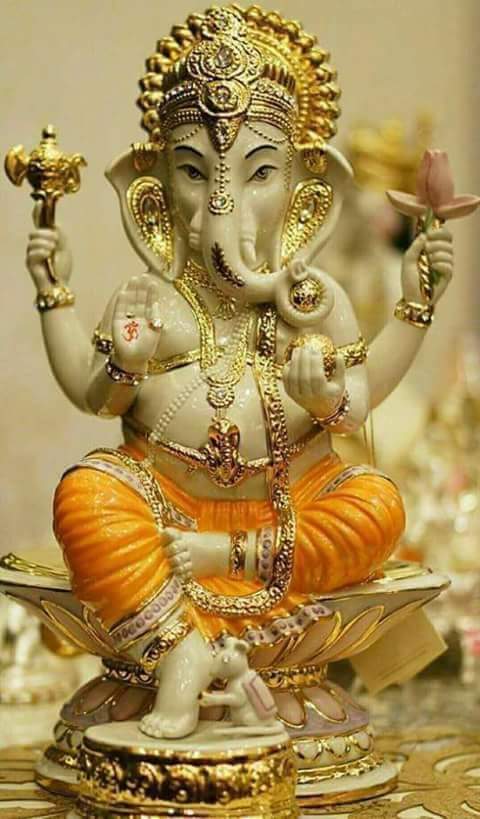 Who does not know Lord Ganesh, the younger son of Mahadev Shiva Shankar and Goddess Parvati.  But hardly you will know about a secret associated with him that Lord Ganesha had vow to be a lifelong brahmachari. You must be thinking that if this is the case then who is Riddhi Siddhi.  And if he was married to Riddhi Siddhi, why he not obey to own vow?

But this is not true, there is a very interesting story behind it, which will make you stunned, so let's know about this hidden aspect of the life of Lord Ganesha. When his head was cut off by Lord Shiva in anger, Mahadev came to know about his being the son of Goddess Parvati.  Knowing this, he was very sorry for his actions and asked him to go to his vehicle Nandi bull and cut the head of a child.

On getting his permission, Nandi set out in search of a new born child and his search ended by going to an elephant child.  In a hurry, he cut the head of the elephant's child and Lord Shiva attached the head to Ganesha's torso and brought him alive.  After getting a new life, Lord Ganesha decided that he will remain a lifelong brahmachari because no woman will be ready to marry him after seeing his appearance.  Lord Ganesha went to the forest with this desire and became engrossed in hard penance. As time went on, so his influence was increasing due to his tenacity.  Gradually, his intensity increased as if it seemed that other sun had risen in the forest.
Seeing the same bright light, Tulsi reached near him and proposed marriage to him.  But Ganesha had pledged to be a lifelong brahmachari, so he politely refused Tulsi.
On hearing him, Tulsi's anger cross the limit and cursed Gajanan that he would be married not to one but two women.  Now because of getting curses, he had to marry two women.
But being enraged by this action of Tulsi, Ganesha cursed her to turn into a plant and also removed her leaves from his worship.  Even then, his anger did not subside, so he cursed Tulsi for suffering terrible pains.