The story of Vrishakapi, an incarnation of Lord Shiva and Vishnu.

Lord Shiva and Sri Hari Vishnu both took Anshaavataar in the same body, named Vrishakapi, which is described in the Brahma Purana . The story is described  in Brahma Puraana, Chapter 129 . 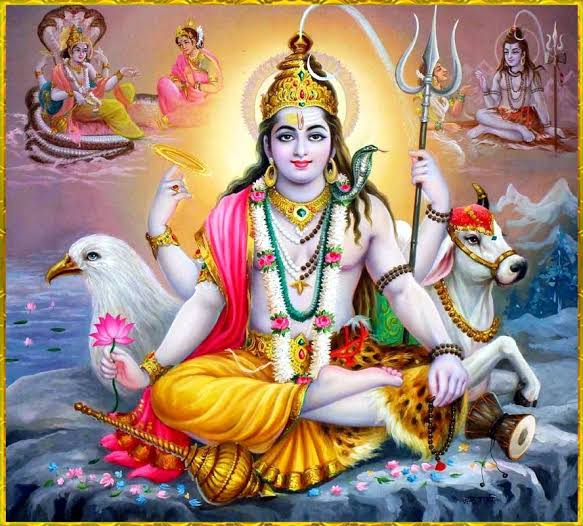 According to the story:-
In the ancient time, the king of demons Hiranya son was called Mahashani, whose wife's name was Parajita.One time he attacked heaven and brought Indra captive along with Eravat elephant and brought him to Hades. And after being conquered Indra, Mahashani also attacked Varun to win him, but the wise Varun got his daughter married to Mahashani. Here, all the gods were troubled by the existence of all the three worlds without Indra, and went to the shelter of Shri Hari Vishnu and told all the things, then Shri Hari Vishnu said, O Gods monster Mahashani is impossible  to slaughtered for me .

Saying this, Shri Hari went to Mahashani's father-in-law Varunadev with all the gods, and said that Indra's captivity matter & also said, "O Varunadev take such a step so that Indradev comes back to heaven, after all Mahashani is your son-in-law, he will not avoid your request .
Having obeyed Shri Hari, Varun Dev went to the Daityaraja Mahashani and said, "O demon king, you have taken captive by defeating Indra, because of Indra's absence in heaven, there is turmoil there, so now you free him,  Because if the enemy is defeated and free him after taken capative,  then the king be eligible of great fame.

Then the demon king Mahashani freed Indra along with the Airavat elephant, and said, "Indra, from today you are my father-in-law's disciple, if you misbehave with him, I will capative you again and put you in prison . And smilingly said, "Go go respect my father-in-law Varun Dev forever, Indra came back to heaven, but demorlized by shame and humiliation by the enemy . One day Indra said to his wife "My heart is on fire because of being humiliated by the enemy, now you tell me what to do . Shachi then said, "Swami Daityaraja Mahashani has attained all powers by austerity, so no action is impossible with austerity, so you too can achieve your desired boon by doing austerities to Lord Shiva, by his grace you will sure defeat Mahashani.

Then Indra did very harsh penance of Lord Shiva which lasted for thousands of years, then Lord Shiva appeared and said to Indra "Tell me what you want, then Indra said" O Devadhidev Mahadev, what is hidden from you . You all know for what purpose I am doing your penance, then Shivji said, "O Indra alone I cannot kill your enemy, so you first pleased to Shri Hari Vishnu, only then this work is possible . Then Indra went to the sage Aapastambha on the south bank of Gangaji as told by Lord Shiva and took him along with various mantras and austerities and started the penance of Sri Hari Vishnu.

Pleased with Indra's penance, Shri Vishnu appeared to him and said, Indra tell me what you want, Indra said "Lord give me such a brave warrior, who can kill my enemy monster Mahashani . Then Shri Vishnu said thaastu, then a divine man was born from the water by the Shiva, Gangaji and Vishnu, in which both Shiva's and Lord Vishnu's power were appear .
He had the appearance of both Lord Shiva's and Lord Vishnu's form , he also had a chakra and Trishul in his hand, after that the divine man went to Patalalok and killed the demon king Mahashani, and became famous as Vrishakapi. 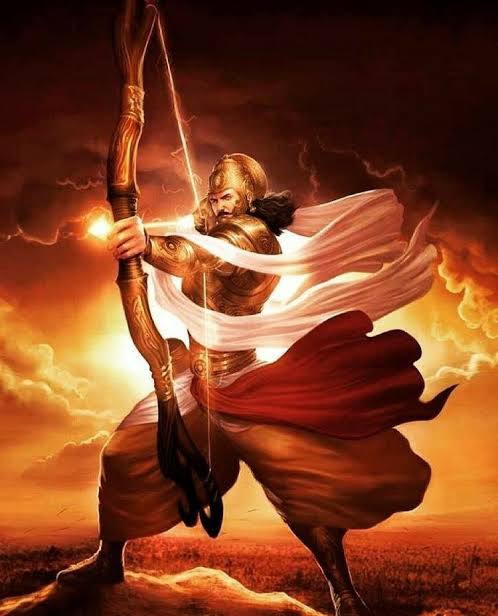