The story of King Shwet in the context of the glory of Annadan.


The story of King Shwet in the context of the glory of Annadan.

The king Shwet used to eat flesh of his own body. 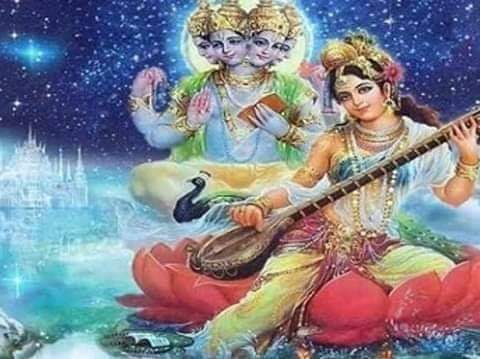 According to the story:-

In ancient times, there was a Chakravarti king named Shwet who conquered in many wars, performed many Yajna rituals, performed many kinds of charity and performed many virtuous work, all the subjects in his kingdom were happy and prosperous.  And finally, after renouncing the kingdom, went to the forest . And whing doing austerities he died and went to heaven . He use to roamed the heaven with the Gods, Gandharvas etc. , and the Apsaras served him . Indra also respected King Shwet very much, the king got all the happiness of the divine clothes ornaments etc. in heaven .

But at the time of meal, he had to come to the earth and eat the flesh of his former body daily, even after eating meat daily, the flesh of that former body did not decrease due to the deeds of previous birth . Thus every day King Shwet became very distraught by eating the flesh of his own body . One day he went to Brahma ji and bowed that and he said, "O Parampita, by your kindness I am enjoying the happiness of heaven, all the gods also respect me very much.  But this sinful hunger is never calm, thats reason  I have to go to earth every day to eat the flesh of my former body.  What disgusting sin deeds did I do, because of which I do not get good food, please free me from this trouble .

Hearing the agony of King Shwet, then Bramhaji said, " O Rajan, you have done many kinds of charity, performed yajna,havan, rituals , virtuous work and satisfied the gurus and peoples. But while living on earth, you have never provided food to the peoples, today you are suffering this pain due to not providing food, no more charity than food. That's why, O Rajan, till you do not go to earth and provide food to the needy peoples, till then you will have to suffer this pain.

Hearing this, King Shwet took orders from Bramhaji and immediately reached earth, where he searched the needy peoples and arranged  food for them. When King Shwet donate grains and  gave food etc. to the needy on earth, then King Shwet was freed from his guilt, and like other people in heaven, he also got good food.

This was a story .... After a few days I will bring an article to the before you all regarding the importance and glory of food donation .