Mahadev situated in the Kapaleeshwar temple without Nandi.

Mahadev situated in the Kapaleeshwar temple without Nandi. 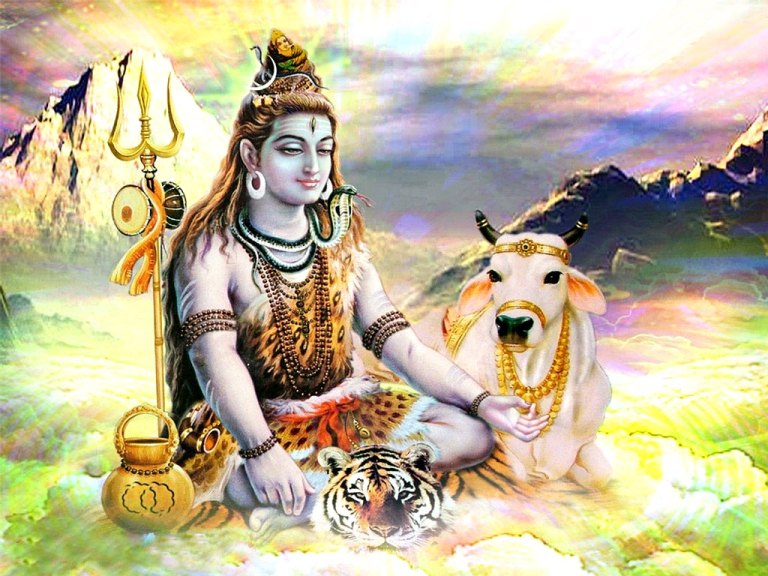 Many religious place is established in the country of India.  Many mysteries and stories are also hidden behind many of these temples.  By the way, you must have seen many Shiva temples, in which along with the idol of Shiva, the beloved Nandi  in his ganas is also enthroned.  Nandi is loved by Lord Shiva and also his vehicle.  Hence he is considered as Ganaraja. Have you ever heard or seen that there is no idol of Nandi in any Shiv temple?  Yes, I am going to talk about one such temple here which is in Nashik.  Here Nandi, the beloved vehicle of Bholeshankar is not with him.

Shiva's identity seems incomplete without his trident, Nag and Damru as well as the vehicle Nandi.  Nashik, the city of Maharashtra state of India, which is known due to the Kumbh Mela, but apart from that it is also famous for another reason. Here is the famous 'Kapaleshwar Mahadev Temple' built on the banks of river Godavari and it is believed that this is the only Shiv temple in the world where his vehicles is not situated  in Nandi temple.  It is mentioned in the mythological Hindu stories that 'Kapaleshwar Mahadev Temple was once inhabited by Lord Shiva.
Located on the Godavari coast, this temple is named Kapaleeshwar Mahadev Temple.  It is told in the Puranas that Lord Shiva lived here.  It is said that this is the only temple in the country where there is no Nandi Baba in front of Lord Shiva.  This is the specialty of this temple. Here the story of the lack of Nandi is very interesting.

There is a story behind Nandi not being here at this place.  In a day-long Indra's heaven  gathering, a dispute arose between Brahmadev and Shivji.  At that time Brahmadev had five head.  Out of which four head used to pronounce Vedas and the fifth head condemned.  Sad Shivji, having condemned by the fifth head of Brahma, cut off that head.  With which that head clung to him. Shivaji incurred the sin of brahmahatya by cutting off the fifth head.  Shiva was roaming the entire universe to get rid of that sin.  But he could not find the solution for salvation anywhere.
One day he was sitting in Someshwar.  There was a Brahmin's house in front of him.  Outside the Brahmin's house stood a cow and her calf.  The Brahmin was trying to put a rope in the calf's nose.  But the calf was against him.

He was none other than Nandi as the calf who showed him the way to free him from this sin.

The calf wanted to kill him in opposition to the Brahmin's work.  At that time, the cow told him that son, do not do this, you will get the sin of  Brahmhatya.  The calf told his mother that he knew the remedy for liberation from the sin of the Brahmahatya. Shiva was also watching and listening to all this.  The calf attacked the Brahmin by his horn who came to put a rope in his nose .  Due to which the Brahmin was killed.
The body of the calf went black due to the sin of Brahmhatya.  After that the calf left from there.  Shivji too eagerly started following him.  Arriving at Ramkund in Godavari river, the calf took a bath, which led to the sin's elimination of the Brahmahaty and the calf regained its white color. Seeing this, the idea of ​​bathing in Shiva's mind also came up.  He took a bath in that Ramkund, from which he also got liberation from the sin of the Brahmahatya.  There was a hillock near the Godavari river.  Shiva went there.

Seeing him going there, the calf (Nandi) of the cow also came there.  It was because of Nandi that Shiva was freed from the sin of Brahmahatya .  So he considered Nandi as a guru and refused to sit in front of him. That is why Nandi is not in front of Shiva in this temple.  But it is believed that Nandi is located in Ramkund in Godavari .  It is said that after twelve Jyotirlingas, this temple is important.

Nandi's eyes are always a symbol of remembrance of his Lord, Nandi is a symbol of purity, prudence, intelligence and knowledge.  His every moment is devoted to Shiva and he teaches man that if he continues to offer his every moment to God, then God will take care of him.