Maa Durga finished ego of all the gods with the help of a straw.

Maa Durga finished ego of all the gods with the help of a straw. 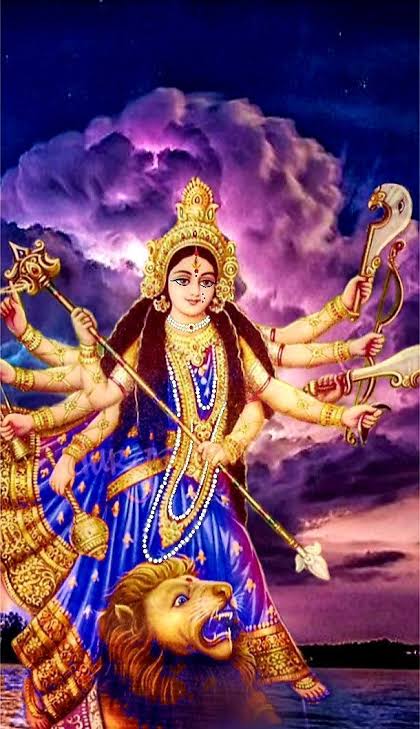 By the way, all the facts related to the Gods and Goddesses are very interesting.  If you do not know much about Hinduism, then you may not understand all this.  But if you have a little interest in it, then once you know about the Gods and Goddesses, your knowledge will increase.  Like, an interesting story is about Mata Durga.
Once upon a time, a fierce war broke out between the gods and the demons.  In this war, the gods prevailed over the demons.  The gods succeeded in winning the war.  After winning this war, there was arrogance in the minds of the gods.  It sat in their mind that now there is no one superior and stronger than them.  They began to feel that no one would be able to defeat them in the war.
When Goddess Durga saw the gods suffering from ego, she thought of destroying their ego.  For this purpose she appeared to the gods in the form of Tejpunja(huge light form).  When the deities saw such a huge light form, they were terrified.  They all wanted to know the secret of Tejpunja.
Indra sent Vayudev for the purpose of unraveling the mystery of Tejpunja.  Following the orders of Indra, Vayu Dev approached near Tejpunj.  Tejpunj asked Vayudev to introduce him.  In the ego, Vayudev  introduced himself and described himself as a life-giving and very strong god. Hearing this, Tejpunja placed a straw in front of Vayu Dev and said that if you are really so superior , then show this straw by blowing fly in air.  Vayudev put all his strength but he could not even move the straw.
After this he went back to Indra.  Indra was surprised to hear this.  Now he sent Agnidev to Tejpunj.  Agnidev was also unable to burn that straw.  On seeing this, the pride of all the gods was crushed.  Indra and all the deities apologized for their mistake and worshiped Tejpunj.
Their worship manifested the form of maa Shakti from Tejapunj.  She made Indra and all the gods realize their mistake and told them that by my grace you have conquered the demons.  In this way, do not destroy your virtue by coming in false pride.
Hearing the mother's words, all the gods realized their mistake and all together worshiped the Goddess.
In this way the Mother Goddess broke the ego of all the Gods.


"Many times people start feeling proud after getting success in life. We should always give thanks to God by giving up our pride that he gave us opportunities to succeed in our life."