Story of Jalandhar birth and death .

Story of Jalandhar birth and death .

Once, the gods including Indra wanted to test Lord Shiva.  They arrived at Mount Kailash with Brihaspati, the guru of the gods.  Shiva came to know this matter by own spiritual power. That these gods are coming to take my test. So he took himself as Avadhoot's form and stood in their way.  Indra signaled him to move out of the way.  But Avadhoota's form of Shiva, stood in his place.  Indra got angry after seeing this.  He said - "Hey move out of the my way, you don't know , who am I?"  Go away, otherwise I will tear you into pieces by Vajra. 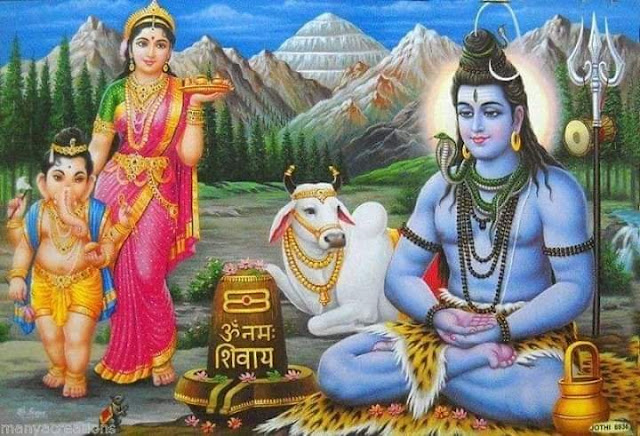 Avadhuta's form of Shiva got angry after hearing the threat.  He shouted loudly and all four directions trembled.  Guru Brihaspati immediately realized that Avadhoota is none other than he Lord Shiva himself. He hinted at Indra and said- “What are you doing, Surendra!  You are not recognizing Lord Shiva.  This is Lord Shiva. "
Indra realized his mistake.  He immediately fell at the feet of Lord Shiva and asked for forgiveness - "forgive me Lord!  I did mistake to recognize you. "
Guru Brihaspati said- Yes Lord!  Forgive Devendra.  He did not recognize you.  Unknowingly, he called you abusive words. Please forgive him. "
["Accepting the request of Guru Brihaspati,Lord Shiva turned his eyes towards the sea.  And thus Shiva ji forgave Indra.  Then departed back towards Kailash.  Indra and Brihaspati also returned to their place. Mahadev poured his anger into the sea.  It was a place where the sea and the Ganges merge.  Presently it is called Gangasagar.  A child was born from the sea due to Shiva's anger".]
A unique miracle happened a few days after this incident.  On the beach, a boy was lying on the sand and loudly weeping.
Such a devastating weeping was coming from his neck that all four directions started shivering from this.  Gods, demons, monster ,human etc. all panic. The bewildered deity, along with Devraj Indra to reached Pitamah Brahma and said to him - “Pitamah!  At the beach , a wonderful child is crying on the sand. He is crying so loud that there is fear in the gods.  Please remove this crisis . "
Pitamah Brahma, Indra etc. reached to beach with the gods.  Samudradeva(gods of sea) left his place as soon as when Pitamah Brahma ji arrived.  He worshiped Brahmaji along with Indra.  Brahma asked to Samudradeva - "Who is this boy lying on the sand in the water?"  Hearing its cry, the whole world is suffering. "
Samudradeva said - I do not know God!  One day a strong divine energy had came into the sea's water.  This child has originated from that divine energy . "
Saying this, Samudradeva raised the child in his lap and gave it to Brahma's lap.  The child stopped crying as soon as when he came on Brahma's lap, and suddenly the child's arms moved forward, his two arms caught the throat of Brahma. Seeing this, other gods were shocked.  Brahma tried to free his throat but the grip of the child's hands became stronger.  Then suddenly the child left his throat and started smiling.  Brahma said while rubbing his throat - O Sagardeva "What is the name of this child?"
Samudradeva said - "He has not got any name till now. So Pitamah ! You have to give him any name. "
Brahma said - I give him a name Jalandhar.  From today it will be called your son. "

["Jalandhar was married to Vrinda, the daughter of a demon named Kalanemi.  Vrinda was a great devotee of Lord Vishnu.  Then after some years Jalandhar became the ruler of demons.  It is said that the secret of the power of Jalandhar was his pious wife. Due to Vrinda's pativrata dharma(virtous qualities), Jalandhar could not defeated by even the Gods and Goddesses.  Due to which Jalandhar was very proud.  He felt that no one could conquer him.  Jalandhar made many mistakes throughout his life. But his biggest mistake was to disregard Vrinda's pativrata dharma(virtous qualities).  He started torturing the wives of the gods.  Not only the deity, even once he attacked Baikunth and tried to get Lakshmiji also.

Then Laxmi Ji told Jalandhar that both of us originated from water.  That is why we have a relationship between brother and sister. Jalandhar went back from Baikunth after listening to Lakshmi.  After this, he reached Kailash and wanted to subdue Parvati ji. Seeing this, Parvati became enraged and due to this the war between Shiva and Jalandhar started.  But due to the power of Jalandhar, Mahadev failed in every attack."]