Why Yamaraja was die ??

Why Yamaraja was die ??

Ever since God is there, since then he has devotee and since God has stories, since then the story of devotees begins.  Without devotees there can be no legend of God alone;  Because also the devotees are part of the Lord's leela. 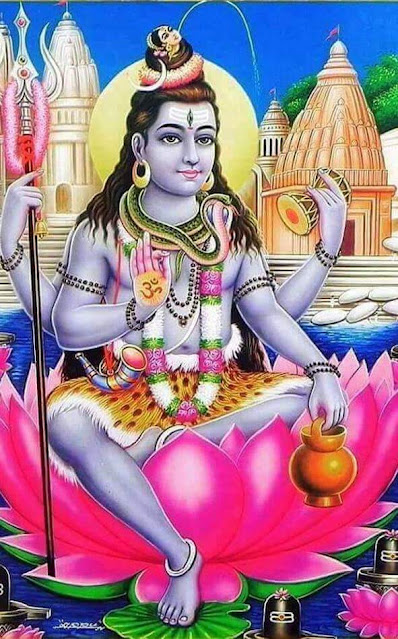 No one can win death.  Brahma himself also merges into Parabrahma by death at the end of Chaturyugi. But Lord Shiva has defeated death many times, hence he is called 'Mrityunjaya' and 'Kaal ka Kaal Mahakal'.
God is also the Lord of the his dear devotee .  The death does not have the right at him.  If Yamraj also forces him, then death (Yamraj) also dies.  This story is not imaginary but is based on the life of the great Shiva devotee King Shwet.
Yamaraja is considered the god of death, if Yamaraja himself is the god of death then how is his death possible?  This is strange to hear & read, but the Vedas and Puranas have told a story about the death of Yamaraja.  Before knowing this story, let us tell some special things about Yamraj, who takes the responsibility of killing all the lives…
Yamaraja had a twin sister also known as Yamuna.  Yamaraja rides buffalo and Yamaraja is worshiped under various names such as Yama, Dharmaraja, Mritu (death),  Aatank(terror), Vaivasvata and Kaal.  Yamraj is considered very cruel and ruthless by nature.  But Yamraj had to give up in front of Savitri's Pativrata dharma.

The creator writes, Chitragupta says, yamdoots take them and Yamraj punishes.  Not only the time of death, the place is also fixed.  Yamrajji is sitting in one of the ten directions in the south.  Know who is Yamrajji, the complete secret of his life in this regard.

Vaivasvata Manu is the ruler of this Manvantara.  Yamraj gives the results of the good-bad deeds of the living beings.  Yami is the previous form of the Yamuna River.  Ashvinikumarvadawya is the Vaidya of the gods.  Revant lives in his father's service.  Shani has been distinguished among the planets. Tapati married married with Somvanshi King Samvara.  Vishti entered into the constellation called Bhadra, and Savarni Manu will be the ruler of the eighth Manvantara.

Yamraj's wife's name is Devi Dhumorna.  Katila is the son of Yamraj and Dhumorna.  Yamraj's scribe is Chitragupta, through whom he keeps track of the deeds and virtuous-sins of all beings.  In the book 'Agrasandhani' of Chitragupta, there is an account of the sin and virtue of every living being.

Yama is considered the suzerain of ancestor in the Vedas.  Yamaraja is mentioned in a story of Nachiketa in the Upanishads.  For Yama, the other name Pitrapati, Kritanta, Shaman, Kaal, Dandadhar, Shraddhadeva, Dharma, Jeevatesh, Mahishdhwaja, Mahishavahana, Shrinapada, Hari and Karmakar are used.  According to the Puranas, the color of Yamaraja is green and he wear red clothes.  Yamraj rides a buffalo and has  gada(mace) in his hand.

The city of Yamraj is called 'Yampuri' and the palace is called 'Kalitri'.  The name of the throne of Yamaraja is 'Vichar-Bhoo'.  Mahadand and Kaalpurush are his body guards and Yamdoots are his followers.  Vaidhyat is the gatekeeper of Yamraj.  Two strong dogs with four eyes and wide nostrils are the keeper of Yama Dwar.

According to the Puranas, Yamaloka is believed to be 86,000 Yojana distance to the south above the earth.  A Yojana has about 4 km.  Yampuri or Yamlok spread over one lakh yojana is found in Garuda Purana and Kathopanishad.  In addition to Yamlok, Sanyamanipuri, the city of Yamraj are also called Pitrilok.

Now we all move on to the story.

The great Shiva devotee Shwetamuni
In ancient times, Shiva devotees King Shwet ruled in Kalanjar.  Due to his devotion, there was no shortage of food, water in the state.  There was no trouble , malice, worry and famine in the state.  On getting older, the king Shwet  by handing over the kingdom to his son and setting up a Shivling in a cave on the banks of the Godavari river and engrossed in Shiva's worship.  Now he had become Mahamuni Shwet from King Shwet.
Surrounding his cave was a kingdom of purity, divinity and sattvikta.  Muni had spread the light of Shiv Bhakti in the deserted cave.  Shwetmuni had neither disease nor grief;  But now, his age is over, he did not even realize it.  All his attention was focused on Shiva.  He was reciting Rudradhyaya without fear and his heart beats was echoing with the name of Shiva.
When the Yamdoots entered the cave to take the soul of Muni, their body were faint at the entrance of the cave.  They stood at the entrance of the cave and waited for Shwetamuni.  Here, when the time of death began to come, Chitragupta asked Mrityudev - 'Why did not Shwet muni come here till now?
Your envoy have not even returned yet. Such irregularity is not right? '  Hearing this, the enraged Mrityudev himself came to take Shwet muni's life.  But trembling at the entrance of the cave, the Yamdoots said to Mrityudev, "Shwet is no more a king, but he is a great devotee of Shiva and has been protected by him, we are not even able to look at Shwet."
Mrityudev himself entered the Shwetmuni cave with Paas (loop).  Shwetamuni was worshiping Lord Shankar at that time.  Suddenly, wearing black clothes in front of him, seeing the black and deformed body, he was shocked and touched the Shivling and said - 'Mritudev!  Why are you here . You go away from here . When Vrishabhadhwaj is my protector, I have no fear of anyone, Mahadev is present in this Shivling.
Mrityudev unheard and said- 'None of Brahma, Vishnu and Mahesh can save a creature suffering by me.  I have come to take you to Yamlok. '
Swetamuni fearlessly huged the Shivalinga and said - 'You have challenged the devotion of Mahakal , Lord Umapati is present in every particle.  He definitely protect the devotee by faithfully listening the voice of devotee. '
'I have no fear of your adorable.  You say that there is Mahadev in this Linga, but it is inexplicable, then how is it worshiped? '  Saying this, the angry Mrityudev put paas (loop) in the hand and laid a trap on Shvetamuni.
Bhairav ​​Baba was standing near to protect Shwetamuni by Shiva's orders.  He warned Mrityudev to return.
Bhairav ​​Baba could not bear this attack of Mrityudev on the devotee.  He attacked Mrityudev with a stick, which caused Mrityudev cool down there.
The trembling Yamdoots went to Yamraj and narrated the whole situation.  Hearing the news of the death of the Mrityudev, the angry Yamraj came there with his army (Chitragupta, Adhi-Vyadhi etc.) riding on the buffalo with Yamadand in hand.
Shiva's gana were already standing there.  Shivputra Karthikeya left Shaktiastra on Yamraj, which also killed Yamraj.  The Yamdoots went to Lord Surya and told the whole news.
Hearing the news of his son's death, Lord Surya along with Brahma and the gods came to the place where Yamaraja died with his army.  The gods praised Lord Shankar.
'Our appearance is subject to faith' - Lord Shiva appeared after saying this.
The gods said- 'Lord!  Yamraj is the son of Surya.  He is the Lokpal, you have appointed him as the controller of the dharma-adharma system. His slaughter is not right.  Without him the work of creation will become impossible.  So make him alive with the army or else the chaos will spread.
Lord Shankar said- 'I am also in favor of the system.  We are the Lord who are devotees of me and Lord Vishnu. Death has no right on them.  It is also a sin for Yamraj and his envoy to look on them.  It has also been arranged for Yamraj to bow to the devotees.
Lord Shiva accept the request of the gods.  On Shiva's orders, Nandishwar brought the water of the river Gautami and sprinkled it on Yamaraja and his envoys, making everyone alive.  Yamraj said to Shwetamuni - 'You have won me, invincible even in the whole world, now I follow you.  Offer me protection on behalf of Lord Shiva. '
Shwetmuni said to Yamraj - 'Devotees are idols of humility.  It is because of your fear that the Satpurus take refuge in God.  Pleased, Yamraj went to his lok.
Shivji, placing his blessing hand on the back of Shvetamuni, said - "Blessed is your lingopasana, Shwet!  Faith always win.
Shvetamuni went to Shivlok.  This place is called Mritunjaya Tirtha on the banks of Gautami.
By Shivgyaan at February 06, 2021