Lord Krishna was rich in wonderful and supernatural personality

Lord Krishna was rich in wonderful and supernatural personality

Shri Krishna gave a new philosophy to mankind.  Taught the way of living.  His life-stories are full of miracles, but he is more closer to us  than other.  He is God but even before that, he is a successful, talented and divine human being. 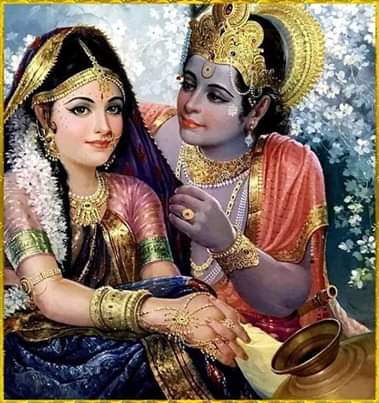 The personality of Lord Shri Krishna is not only for Indian history, but also for world history, it is a supernatural and wonderful personality and will always be.  He is a unique hero of our culture.  A personality that cannot be compared to any avatar nor to any great man in the world. In every passage of his life, in every event there is a contradiction which is not generally understood.  This is the unique character of his life and this is also his unique life philosophy. The invaluable teaching he gave through his beautiful and seductive leelas and his holiness's teachings from inner and outer vision cannot come within the limits of the imaginative power of any speech or writing and the imagination of the mind, that is his singularity.  Gyani-dhyani(schloar-sage)  are defeated by searching Krishna, who do not meet in Brahm, nor in Puranas nor in the Vedas, he meet while pressing the feet of Radharani in any place of Brajbhumi- It is the peculiarity of the character of Shri Krishna that even after being unborn, he is born on earth. Even he is mritunjaya, but he accept death. Even is supreme power  but born in the prison of Kansa.
The personality and work of Shri Krishna is multi-faceted and multicolored, that is, intelligence, tact, warfare, charm, love, gravity, happiness, sorrow and how many characteristics and traits are included in himself. For a devotee, Lord Krishna is not only a god but also a guru who teaches the art of living life.  He attained the status of a great hero in Indian culture by the diverse characteristics of his personality.  On the one hand, he was a ideal scholar of politics and on the other, a great scholar of philosophy. He introduced the syncretic religion of knowledge-action-devotion while also leading in the religious world.  On the basis of his abilities, he was a man of yugas, who later became accepted as an ideal of young generation .  We remember him as a great revolutionary hero. He was a philosopher, thinker, messenger of Karma and Sankhya Yoga through the Gita, and the policy director of the Mahabharata war, but for the simple-minded Brajvasi, he was the rascha rachaiya, the Makhan chor, the naughty Kanhaiya who broke the gopis's pitcher . This is the expression in the Gita - O Arjuna! Those devotee worship me in which feeling in same way I also worship them. Shri Krishna's character is very divine.  Everyone is attract towards him.  Who attracts everyone, paves the way for devotion, removes the sins of devotees, he is Shri Krishna. He is an ideal character who while diagnosing Arjuna's mental anguish then he is a psychologist, when he killed Kansa then known as dharmaavatar. An ideal politician countering selfish politics, best musician in the form of Vishwa Mohini Bansi Bajaiah, Premavatar in front of Brijwasi . An ideal friend in front of Sudama.  In the form of  Sudarshan chakradhaari is a warrior and a pioneer of social revolution . Who do not overlap the sky of Dwapar with their divine powers, but remain in the background of mythological events like a relieved feeling.  Actually, Krishna has everything that is in human and not in human!  They are complete, bright, Brahman, knowledge.  Due to this immortal knowledge, many such rules and formulas have been propounded on the basis of their life themes and Gita, which are also applicable in Kali Yuga.  In this age full of deceit and deceit, how should we behave according to religion, what kind of behavior, we should see such benefits, not harming others, this way.  On the occasion of Janmashtami, we should adopt his teachings and biographies in our lives. Shri Krishna gave a new philosophy to mankind.  Taught the way of living.  Their life-stories are full of miracles, but he is more closer to us than than other.  He is God but even before that, he is a successful, talented and divine human being.  Despite being God, they seem the most human.
That is why Sri Krishna is considered a symbol of human emotions, desires and arts.  It seems that Shri Krishna came as the leader of life philosophy.  His entire journey from start to end is the inspiration of Purushartha.  He opened his eyes to the society when the power of autocracy  became poison for human beings.
Because no one could challenge the power, the newborn baby were killed.  Such is the story of the birth of Shri Krishna himself.  They were able to survive, so they were removed from the parents' eyes as soon as he was born.  In the society apprehensive by the fear of that time, child Krishna starting his life of sensation, struggle, reaction and protest. 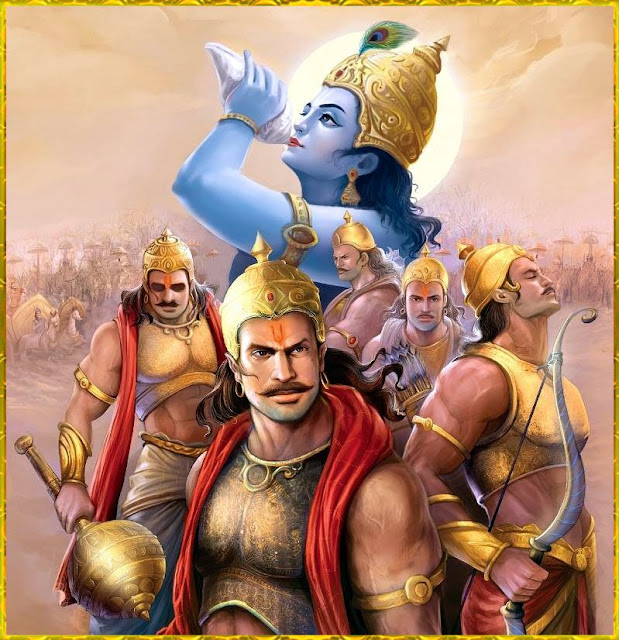 The war of Mahabharata was the climax of the continuous battle which was started by Sri Krishna at birth.  Society of every era poses some questions before us.  Shri Krishna answered the same questions and became Taranhar.  Even today, almost the same questions stand before us.  In such a situation, it is important to focus on the exemplary side of Shri Krishna's dazzling chanting side so that the society can be removed from the cycle of this complexity.  His entire personality and curiosity has become an indelible article of religious history.  His sense of balance and harmony made him a favorite of illiterate milkman, people living in the lower strata of society, and disabled victims of neglect.
Sri Krishna birth anniversary is an example of social equality.  He was born in the city and spent his childhood playing in the village.  Thus his character connects the culture of the village and the city, connects the poor with the rich, Gwal baal to be the Gita preacher, killing the evil Kansa and returning his kingdom to Maharaj Ugrasena . Despite of he belong to rich family used to go the poor Gwal Bal and Gopis home and eating Makhan etc. are examples of being a successful national hero.  Like an ordinary human Krishna, any person can become a nationalist by touching every position of society and being loved by all. The heroic demons of kansa are slaughtered at the moment  by Krishna but  he gets lost in the game by Gwal baal. This is an example of the founding of divine love. Lord Krishna 's reasons for social harmony and patriotism are the inspiring criteria.
Shrikrishna is the only person in the vast sky of spirituality who does not appear serious nor seem indifferent even after going to the ultimate depths and heights of dharma, but is a person full of biographical power.  Sri Krishna's character has dance, song, love, dedication, humor, rasa, and the mindset to accept war as well, if needed.
The Great War is the symbol of the defense of religion and truth.  There is no other person who created history in the world with a flute in one hand and Sudarshan Chakra in the other hand.  There is no prohibition in the character of Shri Krishna, there is a sense of accepting every moment of life, every substance, every event with totality.  If they love, they are completely immersed in it, if they are friends, then they are also fully loyal, and when they accept war, then there is complete acceptance in that too. 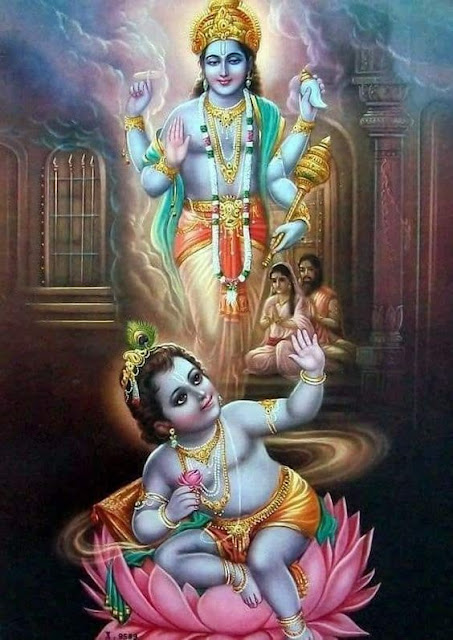 On Janmashtami, the birth anniversary of Sri Krishna, we should strive for the rise of humanity by making inspiration simple from him and making life simple and easy. 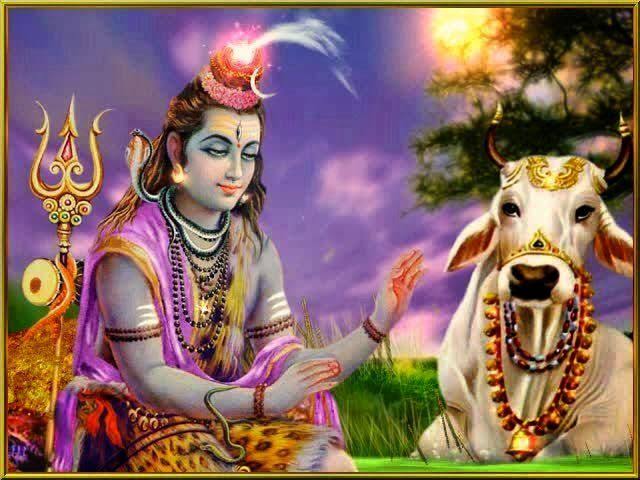