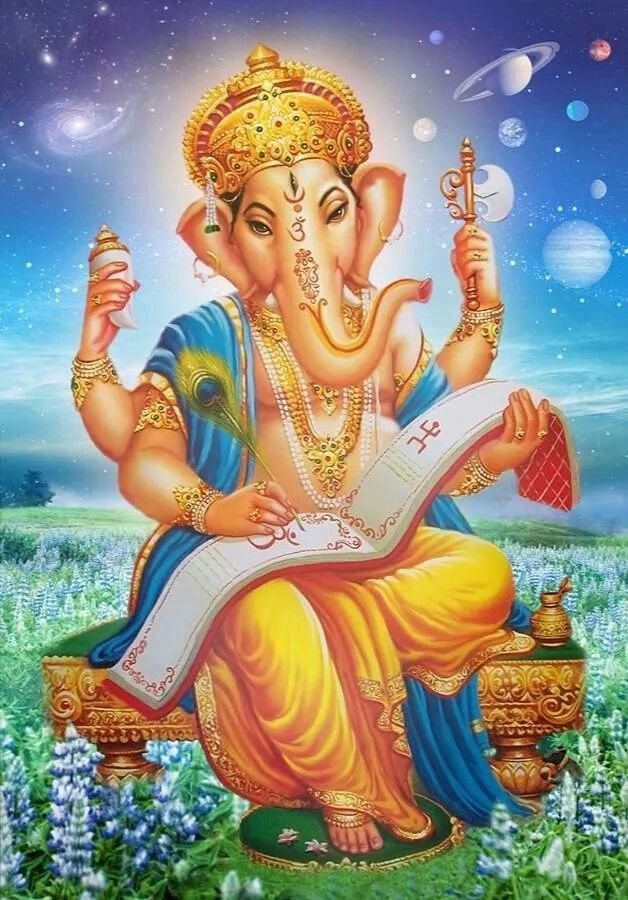 The form of Lord Ganesha, child of Lord Shiva and mother Parvati is amazing.  His nose is like an elephant's trunk and has big ears.  Lord Ganesha is considered to be the symbol of success and  destroyer of troubles and enemies.  He is also considered as factors of education, knowledge, intelligence and prosperity.  Even Lord Ganesha is counted among the five major deities (Brahma, Vishnu, Mahesh and Maa Durga) of Hinduism.
According to the Shiva Purana, Jaya and Vijaya, friends of Maa Parvati, suggested to make Ganesha.  They told Maa Parvati that Nandi and other devotees follow only Mahadev's order, so there should be someone who only listens to her.  Therefore, Goddess Parvati created Lord Ganesha with the filth of her body.  Today, through this article, we know about some interesting facts related to Lord Ganesha.

According to Brahmavaivarat Purana, mother Parvati kept a fast for the attainment of a son.  As a result of this fast, Lord Krishna was born as a son to mother Parvati.

According to the Brahmavaivarta Purana, when all the gods and goddesses were giving their blessings to Lord Ganesha, then Shani Dev stood in opposite facing him.  When Maa Parvati asked Shani Dev the reason for his activity, he said that if his direct vision fell on Ganesha, then his head would be severed from his torso.  But Maa Parvati did not listen to one of his words and asked him to bless him by looking at Ganesha.  Because of this Ganesha's head was severed from his torso.

According to the Brahmavaivarta Purana, Ganesha's head was severed from torso while falling on  Shanideva's direct vision.  Then Lord Sri Hari, riding on his Garuda, brought the head of her infant sleeping near an elephant near the Pushpabhadra River towards the north and placed it on Lord Ganesha's head and gave him a new life.

According to the Brahmavaivarta Purana, Lord Shiva, in a fit of rage, attacked the Surya with the trident.  Then Suryadeva's father was angry and cursed Lord Shiva that one day his son's head will also be separated from his body.

It has been said in the Brahmavaivarta Purana that Tulsi Devi was sitting on the banks of the Ganges one day.  At that time Lord Ganesha was meditating there.  Tulsi Devi proposed marriage to Lord Ganesha, but he refused.  Then Tulsi cursed him that he would get married soon and in return Ganesha cursed Tulsi to become a plant.

According to Shiva Maha Purana, Ganesha was married to Riddhi and Siddhi and they have two sons Shubh and Laabh.
Ekdanta Ganesha
According to Shiva Mahapuran, Lord Shiva meditated when Parashurama went to Kailash to meet Lord Shiva.  At that time Lord Ganesha had refused Parashurama to meet Shiva.  Then in anger, Parashurama attacked Lord Ganesha with the weapon given to him by Lord Shiva.  In honor of the weapon given by his father, Ganesh ji took that blow on his teeth due to which one of his teeth was broken.  Since then, he is known as Ekadanta.

Lord Ganesha, the son of Lord Shiva and Goddess Parvati, wrote the voice and Vedic knowledge emanating from the mouth of Ved Vyasa.  This was done so that common people can read and understand this story.
By Shivgyaan at July 29, 2020