Durga puja symbol of women's honor
It is surprising to bring soil from an 'unholy' place like a brothel in a sacred work like Durga Puja.  This is the place around which passing through is not considered good, then why on Durga Puja? 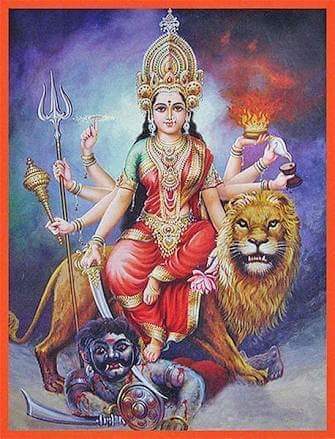 Nobody looks as excited as the women of Bengali society in Navratri.  The mind becomes happy to see their being composed, the glow and energy of their face.  However, thats why , Durga Puja is the biggest festival of Bengali Hindus.  I also like this festival of Maa Durga because some things related to this festival are related to female honor.

Prostitute: The idol of Durga Maa is incomplete without their respect.

According to traditional beliefs, some things are considered very important for making the idol of Goddess - cow urine, cow dung, wood, jute structures, sindoor, paddy shells, soil of holy rivers, special flora and prohibited pali raz.  (Prohibited Pali, ie forbidden area and Raz i.e. soil.) This means that along with other things, the soil of that place is also necessary who is prohibited .  That means brothel.  If this soil is not used to make an idol of Durga Maa, then the idol of the mother is considered incomplete and the Pran-pratistha of Durga Maa is not complete .  Therefore during Durga Puja, the soil of the brothel is used to make the idol of Durga. But it is surprising to bring soil from an 'unholy' place like a brothel in a sacred work like Durga Puja.  This is a place around which it is not considered good to pass through, the women who trade the body are seen with hatred.  Then why so on Durga Puja.  So the answer is found only in popular mythology.
The mud of the brothel is used to make the idol of Maa Durga.
- It is said that these soil are the desires of the society that accumulate in the brothel.  It is offered to Durga so that those who have committed mistakes can get freedom from sins.
- According to a legend, a prostitute was a great devotee of Durga Maa.  But being a prostitute, society used to despise her.  Then the mother gave her a boon to save her devotee from reproach that only the idol of Goddess would be made from the clay given by her hand and the idols would not be complete without the use of this clay.  According to scholars, it has been confirmed in texts like Sharda Tilakam, Mahamantra Maharnava, Mantramahoddhi etc.
- There is also a belief that when a person goes inside a brothel, he leaves all his purity outside the brothel door and hence the soil outside the door becomes sacred.
Everyone understands these beliefs in their own way.  But in what I understood, I saw only the honor of the woman in this ritual.  On one hand, this society worships the goddess, calling it a superpower, but the same society does not respect a prostitute just because she does body trade. Somewhere through this ritual, this message is also given to the patriarchal society that the women of the sex trade did not choose on their own, they had to choose this profession due to the desires of men.  So why their disdain for this. These women are also someone's mother and sister.  They are not worthy of scorn.  She is also an equal eligible for respect like the rest of women.  Through this rituals, once a year, pundits also have to stretch their hands in front of the  prostitutes.  What can be a better example of women's respect and women's empowerment.

Mother Durga is the form of power
Durga: Daughter of every household

On the sixth day of Navratri, i.e. Shashthi, the idol of Maa Durga is installed in the pandal.  And in the evening the cover is removed from her mouth.  It is said that Durga maa comes to her maternal home for 10 days with Ganesh, Karthikeya, Lakshmi and Saraswati.  Goddess is worshiped in every pandal and happiness is celebrated. Dancing, singing, prostrate everything . That is, the daughter comes to her maternal home, then there is happiness in the family.  These 4 days are considered very important.  And on the morning of Dashami, women come to the pandal to put sindoor on the idol of Goddess Durga and play Holi of Sindoor there.  It is called 'Sindoor Khela'.  And after this, the idol of the Goddess is bid farewell, immersed in them. On this day, every woman bids farewell to mother Durga like a daughter.  It is to be noted here that Durga, who is the mother of the whole world, departs like a daughter on this day.  And the tradition is to leave them laughing happily, no one cries because the mother has to come again next year.  That is, every woman has a love and respect for her mother Durga like a daughter.
Here it has also been tried to say that every daughter in the world deserves respect in the same way as own daughter is given respect.  In the society, both daughter and daughter-in-law have their own different importance.  But if both are compared, daughters get more love and respect.  Through this festival, the message is sent to the society that every woman should be treated like a daughter.
In our culture, women have been considered venerable.  But today this honor is seen only in customs and festivals.  People are proud to see Durga Maa's 10 hands and Mamatamayi's face, but they do not see that the woman who is in their house is also the form of Goddess.  She is also tied in different relationship and does hundreds of works inside the house and outside.  But no one can see her 10 hands.  The reverence on Durga Puja with is also important  understanding its moral values.

You all understand the spirit of this article… bring purity in your mind.  So that women can get respect in this country.