What is reason behind to perform to worship of Govardhana mountain .

What is reason behind to perform to worship of Govardhana mountain .

In Hinduism, Govardhan Puja is performed on the second day of Deepawali.  Human's direct connection with nature is seen in this festival.
Nature is the basis of life.  Tree-plants and animals and birds together help us to move forward.  In Hinduism, many trees and animals have been given the status of God to show the importance of nature. 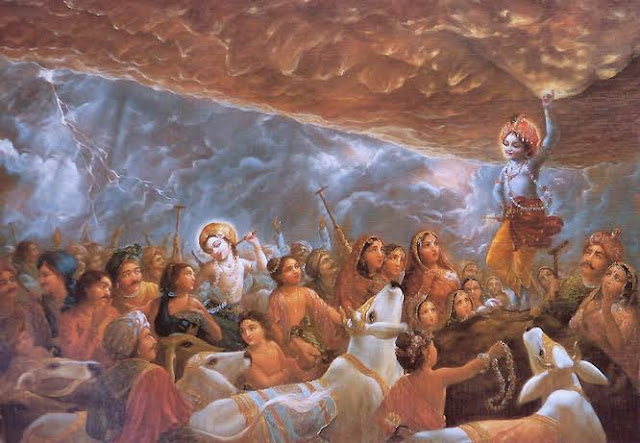 Through Hindu religious texts, we knows about the importance of Govardhan Puja.  Gau (cow) Mata is worshiped on this day.  Govardhan Parvat is a small hill, located in Braj.  In the Puranas, Govardhan is described as the king of the mountains and the beloved of Lord Hari.  It is seen as the best pilgrimage site of the earth and heaven.
The tradition of Govardhan Puja was started by Shri Krishna during the Mahabharata period.  Govardhan Puja is performed on the day of Kartik Shukla Paksha Pratipada.  There is a story associated with Govardhan Puja which is as follows: -
Once Indra Dev became very proud of his powers.  Therefore, Shri Krishna thought of destroying the arrogance of Indra Dev.  To accomplish this task, he created a leela.
The mother of Shri Krishna and all Braj's people  were preparing to worship Indra Dev.  Krishna ji asked his mother very innocently, Maiya, whose worship are you all preparing for?  Then Mata told that they are all preparing to worship Indra Dev.
Krishna ji asked his mother the reason for worshiping Indra Dev.  Then Maiya told that Indra is gods of rains and from that we get grain and our cows get grass .  Hearing this, Krishna ji immediately said, "My mother, if cow grazes on Mount Govardhan, so it should be revered for us."
Krishna ji told the villagers that for our climate, we should greet Govardhan Parvat and not  to Indra Dev. Lord Krishna argued to the people of Gokul that we do not get any benefit from Indra.  Rain is his job and he only does his work, while Govardhan Parvat promotes and protects cow-wealth, which also purifies the environment. So we Govardhan should be worshiped not Indra.
There is such an interpretation in the scriptures that every year the people of Vrindavan used to offer a lot of offerings to please Lord Indra.  So that Lord Indra will be happy and keep his grace on the farmers and keep raining according to the crops from time to time.  Shree Krishna realized that in doing so, the burden on the farmers increases and they spends a large part of his income to please Lord Indra. Shree Krishna asked the farmers to stop offering to Indra and feed his family with his income.

All the peoples of Braj agreed to Shri Krishna and worshiped Govardhan Parvat in place of Indradev. When Indra knew that the peasants had stopped offering, he got angry and started hurling havoc on the people of Vrindavan.

Indra Dev became very angry with this and started torrential rain.  Gradually this rain took the form of flood.  Now the lives of all the peoples of Braj were in trouble. It rained for several days.  All  the peoples of Vrindavans came to Krishna in fear of losing their lives and asked to remedy for their safety.
Then Krishna ji lifted the Govardhan mountain on his little finger to protect everyone's life from rain.
All the peoples of Braj took refuge under Govardhan mountain .  Seeing this, Indra Dev became more angry and he increased the speed of rain even more.  Then Shri Krishna asked Sudarshan Chakra to control the speed of rain by staying on the top of the mountain and asked Sheshnag to stop the water from reaching towards the mountain.
Indra Dev continuously showered night and day.  After a long time, he realized that Krishna is not an ordinary human being.  Then he went to Brahma ji.  Then he came to know that Shri Krishna is none other than Shri Hari himself as an incarnation of Vishnu.  On hearing this, he goes to Shri Krishna and starts apologizing to him.  After this, Devaraja Indra worshiped Krishna and offered him reverence .  Since then, the tradition of Govardhan Puja has been begun.  It is believed that Lord Krishna is pleased by worshiping Govardhan mountain and cows on this day.
It is believed that Lord Krishna's purpose behind to destroy Indra's ego was that all the peoples of Braj should understand and protect the importance of cows and environment.  Even today, cows have special importance in our lives.  Even today, milk given by cows holds a very important place in our lives.  But it is a matter of regret that we do not worry  about taking care of the cow which we treat like a mother and worship her.
Although cow slaughter is a crime in the country, but despite this, on many occasions in many parts of the country, we hear reports of illegal cow slaughter.  Enthusiasts of cow-meat should understand that they fill their stomach by killing such an important creature.  On the occasion of this coming Govardhan Puja, let us take a pledge that at our level, we will all try our best to protect cow and not just cows but we will be ready to protect the whole nature.
Shri Krishna has told through this incident that two parties are involved in increasing corruption.  One who demands undue benefits for the performance of duties, the other who doing to provides benefit from such demands without consideration and opposition. Indra is the king of the clouds, but rain is his duty.  For this, it is not necessary to worship him or perform yajna for him.  Protest on unreasonable demands is necessary.  Those who bribe an officer or public representative to fulfill his / her duties are also guilty of spreading corruption.
By Shivgyaan at October 27, 2020 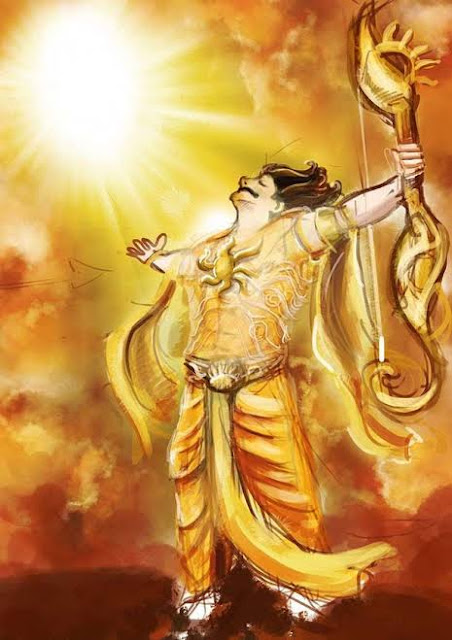