The present time is becoming so amazing.  People have started quarreling over small things and nowadays a new news is published in the newspapers which people call as "Road Rage". 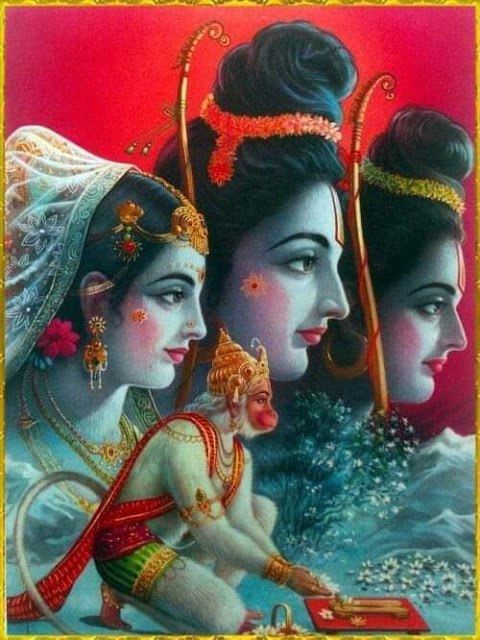 What a wonderful activity that someone's car touched your car and you are in anger, if any overtook your car, then you turn in anger and a quarrel begins.  We also forget that our parents or wife and children are waiting at home.  What will happen to them if something untoward happens?  What will happen to their expectations?
Competition is good, but what is there that can kill someone.  It is only natural to feel angry, but what if the family suffers from it?  Competition also takes place among devotees but in a healthy form.  The purpose of the devotee is to serve God and please him. While serving God, gradually his mind becomes so clean that it becomes his nature to encourage others.  Jealousy is not visible at all.  Perhaps this is why our elders used to tell us that son do everything but also worship God because he knew that this will make our mind clean and at least we will not quarrel with anyone and we have a sense of respect to others and we will not be jealous by someone's progress.
When Lord Sri Rama went to Lanka to take Sita ji, Ravana sent his relatives and sons to battle, but the war between Rama and Ravana continued from Tritiya of Ashwin Shukla Paksha till Dashami Tithi.  For a total of thirty-two days, there was a war between Rama and Ravana, Ravana was knowledgeable as well as very powerful.  It was very difficult to kill him.
The world knows that Vibhishan ji told Lord Shri Ramchandra ji that Ravana would die if he shot an arrow in Ravana's navel. God knows to everything , did he not know that Ravana would die by hitting with an arrow in Ravana's navel?  He knew, but the lover of devotees despised his honor in order to increase the value of the devotee.
But Vibhishan told Prabhu Shriram that Ravana could be killed only when his navel was hit.  Also, Vibhishana had also told about a special arrow.  With which Ravana could be killed.  Without this it was impossible to kill Ravana.
Vibhishana gave the solution to kill Ravana, Ram Bhakta Hanuman ji allowed Rama devotee Vibhishan to take credit for this, while Ravana's slaughter is at the root of Shree Hanuman. Ravana, Kumbhakaran and Vibhishana did hard penance to please Brahma. When Brahma ji appeared and everyone asked for his boon.  Ravana asked that he be immortal.
Brahma Ji said, "To give immortality is not to possible of his power."
On Ravan's request again, Brahma Ji gave an arrow to Ravana and said that take this arrow and I can do so much that till this arrow is not hit in your navel then you will not end.  Ravana took that arrow and got it placed inside the pillar just in front of his royal throne inside his palace.
In the battle, when Lord Shri Ramchandra separates the head of Ravana from his body, then Ravan's head falls on the ground, but in a few moments he again gets back to his place.  Many times when this happened, Vibhishan gave the reason for Ravana not to die.  Hearing everything, Hanuman Ji said that you should not worry and tell where the arrow is.  Vibhishan ji said that I do not know this but only Ravan or his wife Mandodari know where this arrow is.
What was it then? Hanuman Ji took the form of a Brahmin after taking orders from God and started touring the famous places of Lanka as a great astrologer.  In the form of Jyotishacharya, Hanuman Ji used to tell the future of the people of Lanka wherever he went, and also tell the glory of Ravana to everyone.
After several days, the news reached the ears of Mandodari that a Brahmin is telling amazing things about Ravana.  Mandodari was also anxious and called the Brahmin.  The Brahmin told wonderful things about Ravana also say another thing that Mandodari did not know.  In many cases, he also told about the penance of Ravana and the boon of Brahma ji and some started speaking in such a way that the arrow is not safe.  Mandodari came to his notice and said to him, making sure that the arrow is safe.
The Brahmin said that I also know that the arrow is safe in every way and only Ravan and you know about it, but I am afraid that if you will let anyone in your female society fellow or any spy of those forest dwellers show that arrow. Impressed by Hanuman's eloquence, he left Mandodari's mouth that O Brahmandev!  You can be absolutely sure that any detective can not find or see that arrow because that arrow is very safely placed in the pillar in front of his throne in the royal palace.
On hearing this, Hanuman ji came into the real form and with a punch with the slogan of "Jai Shri Ram", he broke the pillar and took away the arrow from it and gave it to Lord Shri Ramchandra Ji and after then Ravana's slaughter was possible .
Shri Ram  attacked Ravana's navel with the same arrow.  In this way Ravana came to an end.  If this mystery could not be known, Ravana would not have ended despite the fact that Vibhishan had told Shri Rama that Ravana's death was in the navel. Despite this, the truth is that Mandodari, even though mistakenly, had given such information about Ravana to the opposing side which should not have been given.  … And if this information had not been made public, Ravana would never have been killed, Sita ji would never have been released and Sri Rama's vow to kill Ravana would never have been fulfilled.