Why Lord Vishnu killed his own son ??


Why Lord Vishnu killed his own son ??

This story is mentioned in the Vishnupurana.  Lord Vishnu killed his own son, but due to what such circumstances, he had to do this. To know this, this story is presented ........

According to the story, Shri Hari Vishnu took avatar of Shri Krishna on earth and killed Kansha and after then started living in Dwarikapuri.  So one day Indra came to Sri Krishna riding on his Airavat elephant.  And bowed to Lord Krishna and said, "O Madhusudan, even though you are in human form, you are the lord of all the gods, you have put an end to all our trouble.  All asuras who used to trouble the sages, they are killed by you. 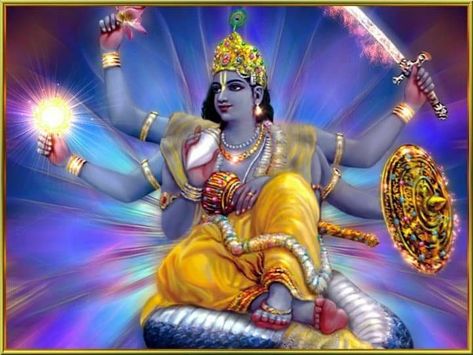 But O Sri Krishna, the son of Prithvi  Narakasura who is the king of pragjyotispur.  He has forcibly kept the daughters of gods, munis, demons, kings, etc. in his jail.  This monster has also snached Varuna's raining Kshatra and Mandanchal's peak called Maniparvat. O Krishna he has also taken two  divine earring of my mother Aditi and now wants to take this Airavat elephant also. Therefore, O Krishna, I have told you all my problems, now you should do as you feel appropriate.
On hearing such words of Indra, Devakinandan smiled and got up from his seat, holding Indra's hand, and as soon as he remembered Garuda, himself after sitting Satyabhama on Garuda and left for Pragjyotishpur. And here Indra too went to heaven riding on his Airavat elephant.  Arriving here in Pragjyotishpur, Sri Krishna sees that up to a hundred yojan of earth around Pragjyotishpur, the knife-like edge made by the Mur monster is surrounded by very sharp nets.
Then Lord Krishna cut those nets from his Sudarshan Chakra.  Seeing this, the Mur demon ran to fight with Shri Krishna, then Krishna killed Mur also with Sudarshan Chakra.  Seeing Mur dead, even Mur's sons started fighting with Shri Krishna. But Shri Krishna also killed them with the Sudarshan Chakra.  In this way, lord Krishna killed the hundred sons of Mur and the demon named Panchajan and quickly entered Pragjyotishpur.
Where Shri Krishna encountered the terrible army of Narakasura.  On one side, the entire army of Narakasura and on the other side Shri Krishna is alone but Narayana is Narayan, he destroyed the entire army of Narakasura in an instant. Seeing this, the stunned Narakasura reached battle with Lord Krishna and left his best weapon on the Narayana.  But Narayan failed all his weapons. And in the end, Shri Hari, who destroyer of the demons, finally hit the Narakasura with Sudarshan Chakra. Sudarshan Chakra cuts the earth's son Narakasura into pieces. On the death of Narakasura, the Earth appeared with the earrings of Aditi and started saying to Shri Jagannath that "O Nath, you have saved me by taking his Varaha avatar, at the same time I had touched by you , this son of mine was born to me, thus you gave me this son."  And you destroyed him. Take this earrings and now protect his children. Please be happy and forgive all the crimes of your son Narakasura even if you have self killed him to make your son sinless.  Pleased on me, you have incarnated in this world with your part to take my load off.
Later Lord Vishnu said to the earth "May your wish be fulfilled" and then took all kinds of gems from the palace of Narakasura.  And went to the girl's jail of Narakasura , saw 16100 girls, and saw 6000 elephants with four teeth and 210000 horses . 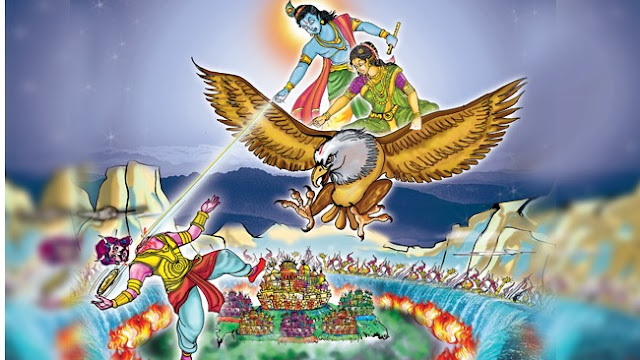 Those girls and elephants-horses were immediately transported to Dwarikapuri by servants of Narakasura, after which Krishna saw Varuna's Kshatra and Maniparvat of Mandaranchal, picked them up and placed them on Birds's king Garuda .  And along with Satyabhama, he climbed on Garuda and left for heaven to give Aditi's earrings . And after returning from heaven, he married 16100 girls.  First he had 8 wives, after this, he had 16108 wives.


Image source by www.pinterest.com and www.google.com