The narrative that I have brought today is mentioned in the Linga Purana.  In which it is told how the war between Rishi Dadhichi and Lord Vishnu started and how that war ended.  Let's know about this story in detail ....... 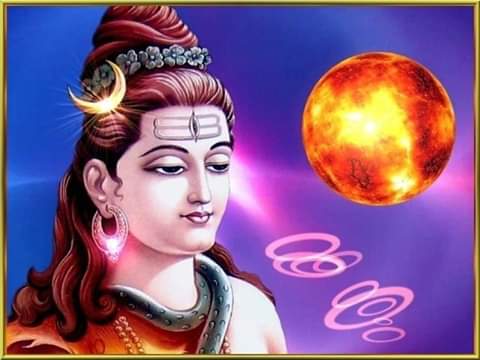 Friends, a son named king Kshup was born to Brahma ji, who was also the best friend of Maharishi Dadhichi.  Once there was a dispute between the two whether Kshatriyas are superior or Brahmins. So King Ksupa said that "Agni, Indra, Varuna, Yama, Nirth, Som, Vayu, Kubera, parts a king holds. So O  Dadhichi king is God. You should not insult me ​​but you should worship me .
Hearing such words, Maharishi Dadhichi got very angry due to which Maharishi hit King Kshupa with a strong punch with his left hand.  And King Kshupa, overturned, also attacked Dadhichi. Dadhichi fell to the ground with the attack of King Kshupa and saddened Dadhichi remembered Shukracharya at that time.  So Shukracharya entered the heart of Dadhichi with the power of yoga and started saying, "O Dadhichi, you worship Umapati Shiva because the Mruit sanjeevani vidya is also of Shiva, I give it to you by the grace of Shiva you are invincible . By chanting Mahamrityunjaya, by doing Havan and  by drinking divine water after then meditating on the Shiva lingam , it ends the fear of death.  On hearing this, Dadhichi worshiped Lord Shiva through the heart, which caused Dadhichi Muni to attain the bones like bajra and he got invincibility . Then he went to King Kshup again and this time he attacked Kshup with his feet.  And Kshup also hit Dadhichi's chest but nothing happened to Dadhichi.
Then Kshup used many weapons weapons on Dadhichi but could not spoil Dadhichi.  Because  by Shiva ji grace Dadhichi body was likeBajra. Dadhichi was surprised to see this. Then Kshupa remembered Lord Shri Hari Vishnu, so Lord Vishnu pleased with the worship of King Kshupa and appeared with chakra,gada,sankha and padma . Then Kshupa bowed to Shri Hari Vishnu and said, "O Narayana" a brahmin named Dadhichi was my friend who is a devotee of Lord Shiva. He has hit me with insults by his left leg. And proudly says that I am not afraid of anyone, now you do what you think is appropriate, I only want to defeat him.
Hearing this, Shri Hari Vishnu said, "O Rajan, who is a devotee of Rudra, he is fearless , no matter how wecked he is, what is the matter of sage Dadhichi."  O Rajan, you cannot be get victory,  O Rajvendra I will be punished in the yajna of Daksha along with the deities, and will also regenrate again with the gods, so O Rajan, I will try to conquer Dadhichi, saying that Lord Vishnu disappeared from there and reached Muni Dadhichi's hut. And said, "O Maharishi Dadhichi, you are a devotee of Lord Shiva, so I want to ask you a boon, are you eligible to give.
Then Rishi Dadhichi said that I am aware of your wish, yet I am not afraid at all, you are Shri Hari Vishnu in disguise of Brahmins, by Rudra's grace I know all past, future and present. You have been called by King Kshup and I am very familiar with your devotee's love, so you should left the brahmin form.  If you feel that I am affraid off so I want to say you "I am not scared at all by Shiva's grace, then tell me if I am scared at all". Hearing this, Shri Hari Vishnu renounced the form of Brahman and started laughing and said, "O Dadhichi, you do not have any fear at all. You are eager in Rudra's worship so you are omniscient but once obey my order and tell me that "I am afraid".
On saying this to Lord Vishnu, Dadhichi said that "He is not afraid of anyone except Rudra" Hearing such words of Maharishi, Shri Hari Vishnu was enraged and attacked Muni Dadhichi with the chakra, but that chakra was be ineffective . Then Maharshi smiled and said, "O Lord, this Sudarshan Chakra you have attained by penance from Lord Shiva, so it cannot kill me. You should use Brahmastra etc. to kill me."  Hearing him, Shri Hari ran all kinds of weapons at him and all the gods also started helping Lord Vishnu. But Shiva devotee Dadhichi used to throw the straw of grasses on all the gods and Vishnu ji by remembering Lord Shiva, due to which all his weapons would become useless. Lord Vishnu produced millions of ganas from his body, but the sage Dadhichi also destroyed them.  Then Shri Hari produced crores of gods and Rudras. Dadhichi was surprised to see. And said, "Lord, leave this illusion, I can show you all the universe even in my body, so leave this illusion and try to fight with me . Seeing such words and greatness, all the Gods stood up, seeing Narayana thus ineffective, the lord Brahma appeared there and advised Vishnu and Dadhichi to stop the war.
On this, Lord Vishnu welcome to Brahmaji and left. King Kshup felt very sad and came to Dadhichi and said, "O Maharishi, I apologize for the ignorance I have disrespected or insulted you. 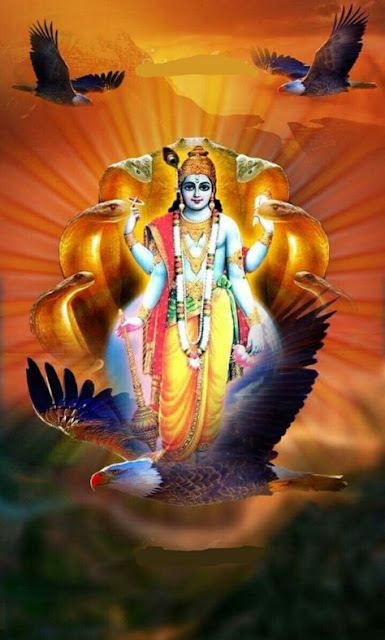 You are the ocean of knowledge, so forgive me. But why did Dadhichi listened to king, he cursed King Kshupa ,Lord Vishnu and all the gods that all of you would become partakers of Rudra's wrath in the yajna of King Daksha.  Saying this, Dadhichi went to his hut and with sad heart the king returned to his capital.