At the spiritual level, human existence is not found even in the infinite depths of subtlety.  Tied to the shackles of kama, anger, greed, attachment and arrogance, human nature recognizes its existence only as "Ravana". To put it plainly, all of us naturally live our life at the lowest level on the spiritual scale, far away from our favored element, created in the form of "Ravana". The human desire to be consistent in the form of "Ravana" is natural, it is the nature of human-minded "Ravana" to recognize its existence in a gross form.  In my view it is moksha to recognize the "Rama-swaroop" hidden within oneself while conquering one's own "ego" in a jyetendriya form and destroying its "Ravana-swaroop". Rama-Janmotsav Satchidanand Paramananda Divine Seeing God in human form shows the advancement of our own spiritual level.  At the ideological level, it would be better to understand it as an element only.  Creating "Rama-tattva" within us is to celebrate "Rama-Janmotsav" every moment. The renunciation of "Ravana-swaroop" and merging into "Rama-tattva" should be the goal of human life. This is moksha (salvation). 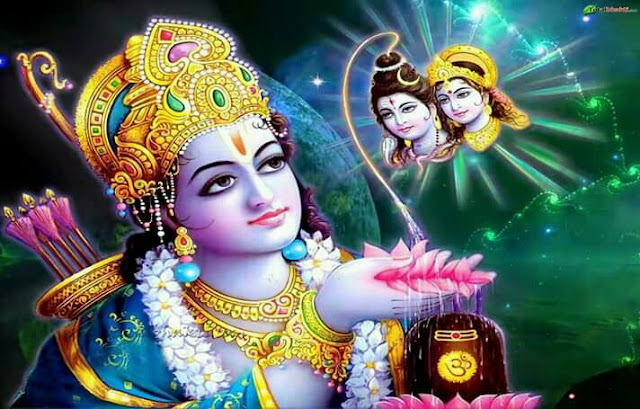 Wish you all a very happy Ram Navami in advance .  Rama dwells in the soul of India.  So much has been written on them that what can we write more than that?

Let's try to say something briefly.  According to Valmiki Ramayana, Ramcharitmanas and Puranas, in the this day, Lord Sri Ram was born in Ayodhya as the seventh incarnation of Lord Vishnu in Ikshvaku clan from the womb of Queen Kausalya as the eldest son of King Dasharatha. According to Agastya Samhita, on the Navami day of the Shukla Paksha of Chaitra month, when Sun and Panchagraha were sitting on Aries sign with their auspicious sight in Punarvasu Nakshatra, karka Lagna, then in that very ascendant lagna, Shri Ram was born. On this day itself, Goswami Tulsidas inaugurated the creation of Ramacharimanas.  Chaitra Navratri also ends with Rama Navami.  On this day, both men and women observe fast .
There is a story related to this fast.  At the time of exile, Shriram reached the house of a poor and old old woman, who was a great devotee, along with Sita and Lakshmana on his birthday.  Due to feeding them, she could not get food himself, due to which she had to keep fast that day.
After the meal Rama asked him to test her, "Mata! I want pearl for my goose. Please arrange a bag of pearls." From where can she bring pearls that have not been having two time meals? But the guest did not like to return empty-handed in this way.  So she went to the king there and asked for a bag of pearls.  The king laughed and asked how she would return the pearl?  The old lady could not give any answer.  The king gave him a bag of pearls and said that there was no need to return.
She came back and gave all those pearls to Shri Ram.  Ram returns with him to Sita and Lakshman.
The next day the old lady saw that there was a tree of pearls in her hut. She was very happy to see this. She thanked God and took two bags of pearl and reached the king.  The king asked in surprise, from where did you get so much wealth?  At that the old lady told the whole story.  The king got greed after hearing this secret.  He said give me that tree. What would the old lady do of that tree?  She asked the king to get him from my ashram.  The king took that tree and got it installed in his palace.  But from that moment, thorns started in that tree.  Some thorns also entered his wife's hands which caused him great distress. When the king saw this, he apologized to the old lady and got the tree back in her hut.  On reaching there, pearls started to be put in that tree and that old lady started donating pearls to the beggars daily.  Thus, whoever devoutly observes Rama Navami fast, Lord Shri Ram makes him full of wealth.
Lord Shri Rama is considered a symbol of dignity.  He is known as Purushottam, the best man.  They do not distinguish between men and women.  There are many examples where he appears to be devoted and respectful to his wife Sita.  They also do not consider the high and low prevailing in the society.  The example of Shabri eating half-eaten plum and boarding the boat of Kewat is best to understand this.

Though Ram Navami is celebrated as the birth anniversary of Lord Rama, but in South India, this day is considered to be the day of marriage of Lord Rama and Sita and it is called Sitaram Kalyanam.  In South India, Prasadam is offered to Lord Rama on this day.  This prasad is called Naivedyam, which is a type of laddu. 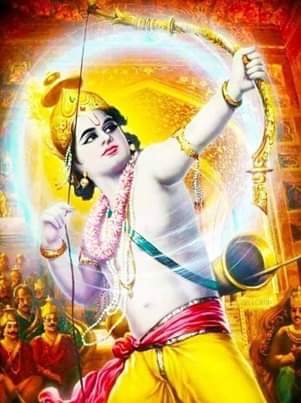 Shri Ram's birthday is celebrated all over the country with great pomp and show.  It is particularly celebrated in Ayodhya (UP), Sita Samiti Sthal (UP), Sitamarhi (Bihar), Bhadrachalam (Telangana), Vontimitta (Andhra), Rameswaram (Tamil Nadu) and Jankipurdham (Nepal).
Rath Yatras are also carried out at many places, which include peeps of Goddess Sita, Lakshman and Hanuman along with Shriram.  Shri Ram lived his whole life with simplicity and high thoughts.  There is no description of any kind of demerit in them.  For this reason, he is also called Maryada Purushottam.  He was also a wonderful ruler.  Even today, the state of Rama is described in our country.  In Kali Yuga, the name of Shri Ram has special significance.  It is said that the simplest means to attain heaven and salvation in Kali Yuga is Rama-naam.


Many congratulations to all of you on Ramnavami.  I know that about 80 percent of you will be such people who have neither read the Valmiki Ramayana nor the Ramcharit Manas.  Especially today's generation knows Ramayana as much as Ramanand Sagar has shown them through TV.  Naman to Ramanand Sagar ji for this, but think, what did you do….

Email ThisBlogThis!Share to TwitterShare to FacebookShare to Pinterest
Labels: ShreeRam