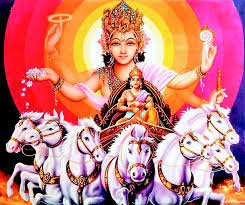 Makar Sankranti is the major festival of Hinduism. This festival is celebrated in many forms of the whole  India. This solstice is celebrated when the sun comes on Capricorn during Paush month.This festival is mostly celebrated on the fourteenth of January. Sometimes this festival can happen on dates twelve, thirteen or even fifteen, depending on when the Sun enters Capricorn except Sagittarius. From this day, the Uttarayan motion of the Sun starts and for this reason it is also called Uttarayani.

India is a country of celebration and  festivals, there is no such month in which there is no festival, that is why it is famous in our country that 'Always Diwali full years, all seven days festival'.
There is also Makar Sankranti in these festivals, which has its own special feature and scientific basis. 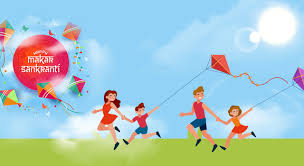 Very few of us know why the festival of Makar Sankranti is celebrated and why that too on January 14 every year?

We know that planets and constellations affect our lives.
The position of these planets and constellations is not always the same in the sky, our earth also always changes its location.
Here the change of location refers to the earth's rotation on its axis and orbit.
Due to the circular shape and axis of the Earth, day and night occur.
The part of the Earth which faces the Sun,  there is day and the part which does not face the Sun, there is night, this motion of the Earth is called daily motion.
But the Earth also has an annual movement and it revolves around the Sun once a year.
Due to this annual movement of the Earth, different parts of it have different seasons at different times, which is called the change of seasons.
With the help of this annual movement of the earth, the year and month etc. are calculated. 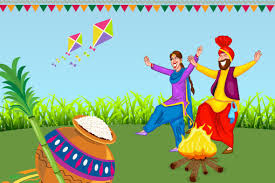 In this time calculation, a calculation is also done in relation to 'Ayan'.

In this sequence, the position of the sun also keeps on Uttarayan and Dakshinayan, when the speed of the sun is from south to north, it is called Uttarayan and when it is north to south it is called Dakshinayana.
In this way, the whole year Uttarayan and Dakshinayan are equally divided into two parts.
The zodiac in which the Sun's orbit changes, is called the transition period.
Since the Sun changes its orbit every year on January 14, Uttarayan from Dakshinayan enters  Capricorn, hence Makar Sankranti is celebrated every year on January 14.
Since most of our Earth comes in the north of the equator, i.e. in the northern hemisphere, the Makar Sankranti was given special importance.
The change in the orbit of the Sun on the day of Makar Sankranti is considered to be a change from darkness to light.
Makar Sankranti increases day time and reduces night time, thus increasing light and decreasing darkness.
Since the Sun is the source of energy, hence this day durations of day increases day by day, that is why the arrangement of celebrating Makar Sankranti as a festival has been done by our Indian mystics. 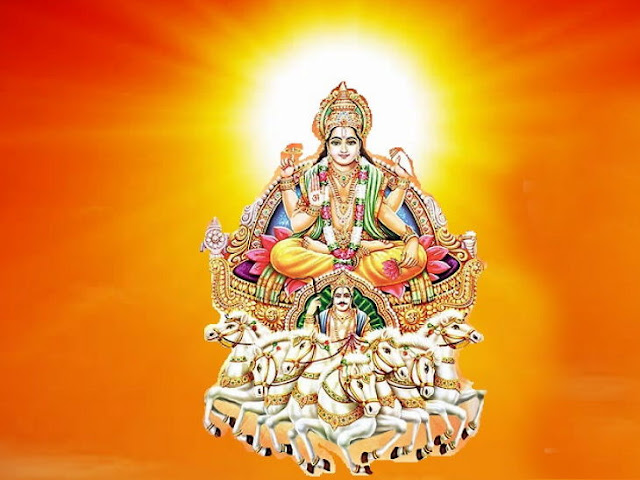 In the eighth chapter of the Gita, the importance of Uttarayan of the Sun is also clarified by Lord Shri Krishna.

Sri Krishna says: - 'O Bharatshrestha, people who have become realized of Brahm, abandon their body in the light of day, when the sun is Uttarayana for six months, under the influence of the Agnimay Jyoti Devta , does not have to be born again. .
Those yogis who sacrifice their bodies in Dakshinayana in the dark of night, in the Krishna Paksha, under the influence of the Dhumra Devta , are born again in Chandralok.
According to Vedas, the person who leaves his body in light does not take birth again, while the person who dies in darkness takes birth again.
Here light and darkness mean the Uttarayana and Dakshinayan positions of the Sun respectively.
Probably because of this importance of Uttarayan of Sun, Bhishma Pitamah did not give up his life until Makara Sankranti i.e. Uttarayan state of Sun came.
The importance of the Uttarayan of the Sun is also mentioned in the Chandogya Upanishad.
It is thus clear that the Uttarayan position of the Sun has great importance.
When the sun becomes Uttarayan, the day gets bigger and the work capacity of the human is also increased which leads to society of human progress.
The power of man also increases due to increase in light and since this Uttarayan state of the sun starts from Makar Sankranti, that is why the provision of celebrating Makar Sankranti as a festival was made by our Indian mystics and it The festival of progress and magnificent is considered to be a festival which signifies the sunrise. 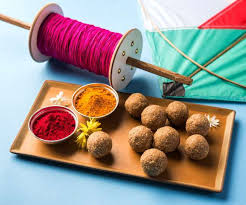 Story of Makar Sankranti and its importance

First of all, heartfelt greetings to all of you on Makar Sankranti. Today, the festival of Makar Sankranti is being celebrated all over the country and abroad.


So let us know the importance of Makar Sankranti today and understand why it is celebrated. 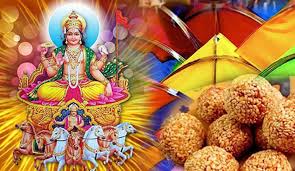 On this day, donation has great importance. Donating on this day brings 100 times the consequences of donations on other days. It is said that on the day of Sankranti, Suryaputra Karna used to open all his stores for charity.
According to belief, the day of the gods begins on the day of Makar Sankranti.
According to Shiva Purana, on this day Lord Shiva gave enlightenment to Lord Vishnu.
On the day of Sankranti, the Gods descend on the earth to receive the Havya given by Yajna.
Today is considered the most sacred day of the year. It is said that on this day one who receives death attains salvation. On this day, Bhishma, the grandfather, left his body. When Arjuna's arrows put him to sleep on Shar-Shaya, he refused to give up his body because the sun was in Dakshinayan at that time. He had sacrificed his body on the same day after giving final education to Yudhishthira while waiting for Suryadev to come to Uttarayan. 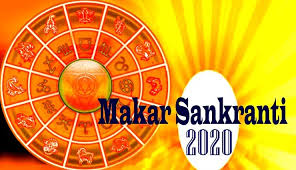 This day also has astrological and scientific significance.

On this day, the sun turns from Dakshinayan to Uttarayan. That is, on this day, the Sun travels from the South Hemisphere of the Earth and reaches the Northern Hemisphere. The days are shorter and relatively cold when the Sun is in the South Hemisphere. After the sun reaches the northern hemisphere, gradually the days get longer and the heat increases slightly.
For many years, the day of Makar Sankranti has been coming on January 14, so there is confusion among people that the day of Makar Sankranti is fixed. While this does not happen. According to astrology assessment, the speed of the Sun is increasing by 20 seconds every year. Every year the Sun enters Capricorn from Sagittarius by 20 minutes late. That is why after every three years, Sun enters Capricorn after one hour and every 72 years after 1 day. This means that after 2080, Makar Sankranti will be celebrated on 15 January instead of 14.
Makar Sankranti is known and celebrated by different names in different parts of India. There is also a special practice of making sweets made from sesame and jaggery, especially tilkut, curd-churda, delicious vegetables and kite flying. In most states, it is made by the name of Makar Sankranti, but some states also have different names. It is celebrated as "Lohri" on 13 January , a day before, especially in Punjab and Haryana. 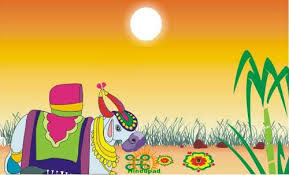 Why do khichdi eat on Makar Sankranti....

Makar Sankranti is celebrated as the main festival of Hindus. This festival is celebrated on the occasion of Sun entering Capricorn in Paush month. On this day, Sun enters Capricorn except Sagittarius and Uttarayan from Dakshinayan.
Makar Sankranti also has special significance spiritually. Do you know why people eat khichdi on this day, if not, then on the occasion of our Makar Sankranti, there is a tradition of making new rice khichdi as a Prasad to the Surya devta and Kul devta(clan Gods) . People send khichdi to each other's house on this day and wish for peace and happiness. One reason behind this practice is that India is an agricultural country. Surya Dev has been considered the basis of agriculture. And make khichdi to offer it to the Surya devta.
You eat khichdi every day, but on the day of Makar Sankranti, the taste of khichdi is unique. Khichdi of Makar Sankranti is prepared by mixing new rice, urad dal, peas, cabbage, ginger, spinach and other vegetables. This khichdi also has a taste of faith which is not present in the khichdi of other days. You know that Baba Gorakhnath was the founder of the tradition of mixing khichdi with vegetables. It is believed that Baba Gorakhnath is part of Lord Shiva. That is why the tradition started by them has continued to play devoutly. 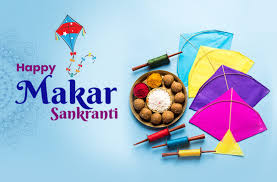 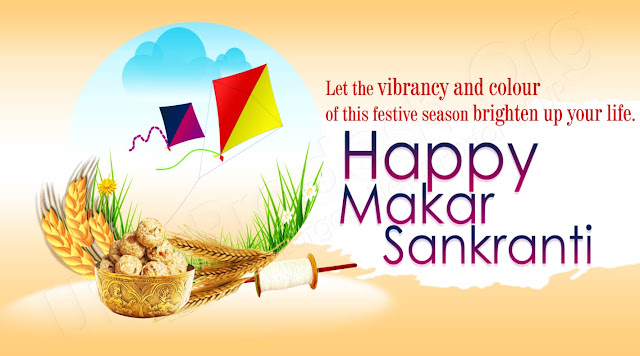 Names of Makar Sankranti in various states of India...

Not only this, Makar Sankranti is also celebrated outside India by other names. Especially in Nepal it is celebrated with pomp and show. *


* Different names in other states and countries are referenced from Wikipedia.

Email ThisBlogThis!Share to TwitterShare to FacebookShare to Pinterest
Labels: Makar Sankranti
Shivgyaan
I am an ordinary person, always want to be in the Lord's service