Sri Bhimeshwar Jyotirlinga is situated on the Sahyadri hill, about 100 km from Pune. It is also called Bhimashankar. The legend about the establishment of this Jyotirlinga is described in the Shiv Purana that in ancient times there was a great demon named Bhima. He lived with his mother in Kamarupa Pradesh. He was the son of Kumbhakarna, the younger brother of the demon king Ravana, the Mahabali (powerful) demon. But he had never seen his father. 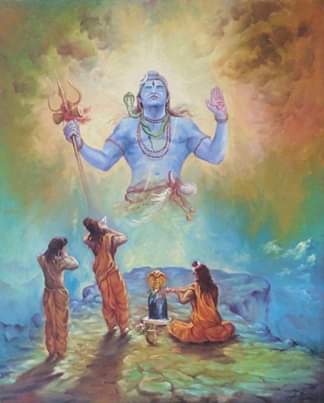 Kumbhakarna was killed by Lord Rama before he could be sensed. When he attained puberty, his mother told him all the things. The Mahabali demon became extremely angry on hearing of his father's slaughter by Lord Ram, an incarnation of Lord Vishnu. Now he started thinking of the solution of the slaughter of Lord Hari.
He did hard penance for a thousand years to achieve his desired. Pleased with his penance, Brahmaji gave him the boon of public victory. Now that demon began to torment all beings due to the influence of that boon of Brahma. He attacked Devaloka and drove all the gods etc. and Indra out of there.

Bheem was now new king of the entire heaven.


After defeating the gods, he attacked the great Shiva devotee King Sudakshin and made him captive with ministers and followers. In this way, he gradually acquired his authority over all the worlds.
Due to his atrocities, Vedas, Puranas, scriptures and smrutis were completely omitted. He did not allow anyone to do any religious act. In this way, all the work of Yajna, charity, meditation, self-study etc. stopped.
Fearing the horrors of Bhima's atrocities, the sages and gods went to Lord Shiva's shelter and asked him to take care of himself and all other beings. Hearing this prayer, Lord Shiva said- 'I will kill that tyrannical monster soon. He has also arrested my dear devotee, Kamarupa-Naresh Sudakshin along with his servants. That tyrannical demon is no longer entitled to live any longer. '
After receiving this assurance from Lord Shiva, the sages and the gods returned to their respective places. 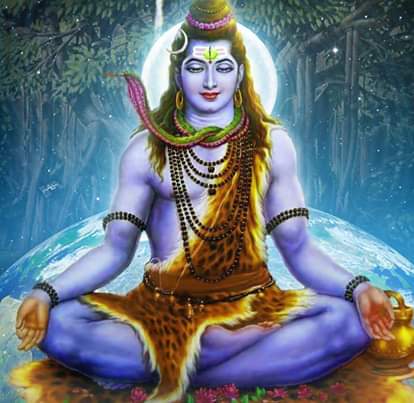 Here, King Sudakshin, lying in the prison house of demon Bhima, meditated on Lord Shiva. They were doing archana( Worship) by placing the parthiv(earthly) Shivling in front of them. Seeing them doing this, the demon Bhima attacked the parthiv Shivling with his sword. But the touch of his sword could not be found with the Ling that the Shankaraji appeared from within him. With his roars, he burnt the demon there.
Seeing this amazing act of Lord Shiva, all the sages and gods started praising him there. They prayed to Lord Shiva that Mahadev! Now stay here forever for public welfare. This area has been described as impure in the scriptures. From your abode it will become the ultimate sacred virtue area. Lord Shiva accepted all this prayer. There he started living forever as a Jyotirlinga. This Jyotirlinga of his became famous by the name of Bhimeshwar.


This story is given in full detail in Shivpuran. The glory of this Jyotirlinga is unfailing. The results of its philosophy never go in vain. All the wishes of the devotees are fulfilled by coming here.