Ganga - the soul of India 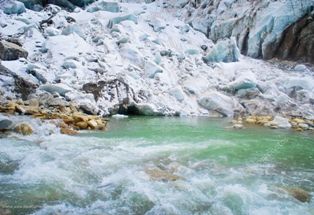 Ganga - the soul of India

Any person who believes in his tradition at some place in India, when they goes to bathe, spontaneously words out from his mouth-

This makes it clear as a symbol that India's cultural heritage is the same. Every person has a positive attachment to Indian rivers and enclaves. The river Ganga is credited with tying India into a series . The Ganges is a sacred river for us. So sacred that we all see rivers as Ganges. 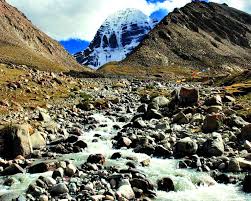 The Ganges originates from the icy peaks of the Himalayas at an altitude of about 4000 meters above sea level. The original source of the Ganges is believed to be Gomukh which is located 21 kilometers south of Gangotri. From the beginning of Indian culture and civilization, Ganga is not only targeted as India's greatest and holy river, but is also revered as mother in the world's best rivers. Among the tributaries in the catchment area of ​​the Ganges River are Yamuna, Gomti, Saryu Ramganga, Kosi, Chambal, Son etc. The major religious cities on the banks of the Ganges are Haridwar, Rishikesh, Allahabad, Varanasi. Kumbh Mela is held at a gap of 12 years at Haridwar and Allahabad on the banks of the Ganges. Ganga water is used in bathing, drinking, irrigation and industries. Pollution is also increasing after increasing population and the availability of water is continuously decreasing.
The river Ganges is venerable and sacred to the people of North India, it is multiple of many times venerable and sacred to the people of east, west and south. When people of South India meet each other after bathing on the day of Diwali, they ask each other, "Ganga Snanam Achcha" (Has your Ganges bathed?) Everyone living in South India want to goes Prayag, Kashi, Haridwar, Badrinath etc. Everyone goes to the pilgrimage places and yearns to bathe, everyone considers Ganga Darshan and Ganga bathing as the goal of their life. Not only this, they keep Ganges water in their house of worship. They also worship that Ganga water duly. Ganges water gives to a dying person. We see Indian unity behind this religious belief. 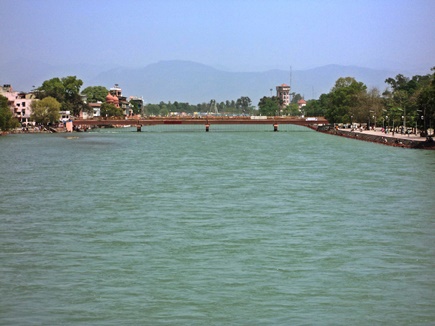 The greatness of the Ganges is indescribable. In the Gita, Shri Krishna has said-
Sarotasamasmi Jahnavi means in the rivers
I am
Jahnavi (Ganges) .
In the Mahabharata, it is said about Ganga.

That is, Ganga destroys the sins of those who pronounce her name. Wishes the darshan and sanctifies up to seven generations of bathing men.
In the Vedas and Puranas, Ganga has been repeatedly called Tirthamayi.

In this way, the Ganges water has proved to be the best from religious texts to analysis. That is why it is said - "Ganga Tava Darshanat Mukti:". There is no river in the world that has received so much respect. It is worshiped not only as a source of water but also as a goddess. No religious ritual is complete without Ganga.i 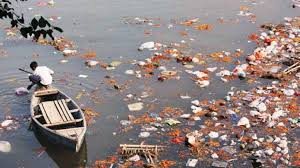 The Ganges water which is very clean and nectaric in Rishikesh, later becomes so polluted in Kanpur, Prayag and Varanasi that even drinking is not worth bathing. The main causes of pollution are-


1. Waste, chemicals and contaminated water of industries and factories
2. abandoned on the banks of the river, Mal-Mutra.
3. Putting dead corpses in the Ganges
4. Dead animals that are flown directly into the Ganges.
5. To dump garbage along the river or in the river.
6. Cremation on the river bank - etc.


1. Do not excrete feces and urine in the Ganges or on the banks of the Ganges.
2. To ban the flow of dead bodies.
3. To repair the ghats of Ganga.
4. Do not wash clothes on the shore or in the river.
5. Scientists and technical experts make practical plans to keep Ganga clean.
6. To get everyone's support in Clean Ganga campaign.
7. To arrange plantation and beautification on the banks of Ganga.

In this way, we should contribute fully to maintain the greatness of Ganga. We consider all rivers of India as Ganges. The name 'Ganga' is a morning mantra for everyone. If you want to grant divinity to a river, then addressing it as Ganga will be said to be a byproduct of our eternal feeling towards our Goddess Ganga. Ganga Mata is a virtuous self-form for all. Greetings to the holy life Ganges

Email ThisBlogThis!Share to TwitterShare to FacebookShare to Pinterest
Labels: Ganga