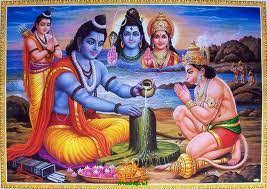 This Jyotirlinga was founded by Maryada Purushottam Lord Sriramandraji. Its glory is described in detail in Skandapurana. This story is told about it - when Lord Sri Ramandraji was going to attack Lanka, he worshiped it by making a Shivling from the sand of the sea. 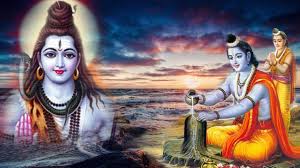 It is also said that Lord Rama was drinking water while staying at this place, that there was a voice in the sky that you drink water without worshiping me? Hearing this speech, Lord Shri Ram made a Shiva lingam from the sand and worshiped it and asked Lord Shiva to win the victory over Ravana. Mahadeva gave this boon to Lord Shri Ram with pleasure. Lord Shiva also accepted everyone's request to reside there as a Jyotirlinga for public welfare. Since then this Jyotirlinga sits here. 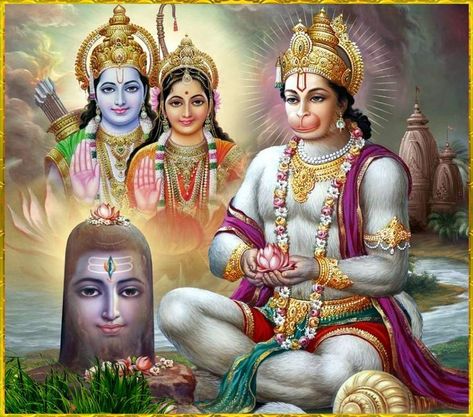 A second story about this Jyotirlinga is said in this way -

When Lord Shri Ram was returning after killing Ravana, he made his first stop on the Gandhamadan mountain across the sea. There many sages and saints came to see Lord Shri Ram. Honoring them all, Lord Rama told them that due to the kill of Ravana, a descendant of Pulasya, I have been charged with the sin of brahmahatyaa , you  theologian tell me some way of absolutness . Hearing this, all the sages and saints present there said with one voice that you should establish the Shivling here. With this you will get rid of the sin of killing Brahman. 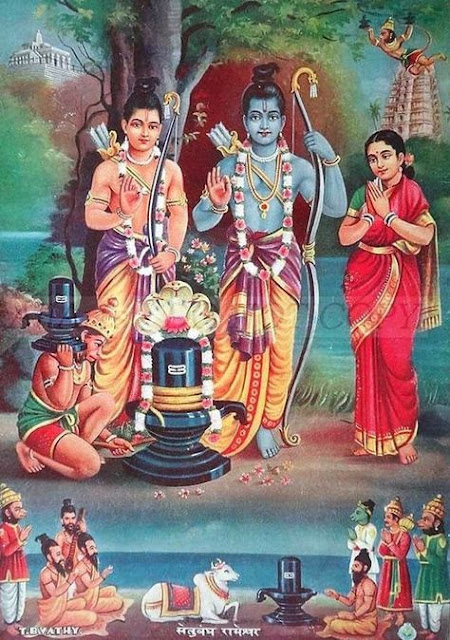 Lord Shri Ram, accepting this, ordered Hanumanji to go to Mount Kailas and bring Shivalinga from there. Hanumanji reached there immediately but he did not see Lord Shiva there at that time. So they started doing penance by sitting there to get their darshan. After some time, Hanumanji returned with Shivling after getting the darshan of Shiva, but by then, the work of establishing the linga had been done by Sitaji here in the hope of passing away auspicious time. 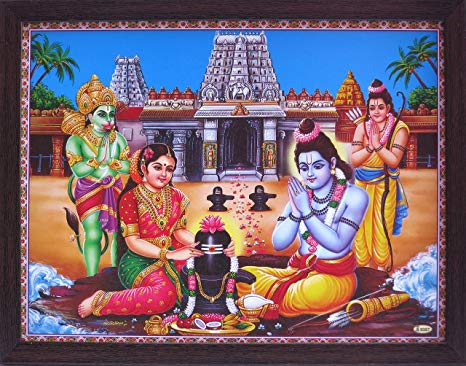 Hanumanji was very sad to see all this. He narrated his agony to Lord Shri Ram. God told Hanumanji that the reason for the establishment of the first linga is that if you want, remove this linga from here and remove it. Hanumanji started getting rid of that linga with great pleasure, but even after doing a lot of attempt, he did not moved own place. 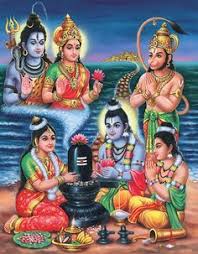 In the end, he tried to uproot the Shivling by wrapping it in his tail, yet he remained unmoved as ever. On the contrary, Hanuman ji fell on
by pushing and became unconscious . Seeing that blood started flowing from his body, all the people got very upset. Mother Sita started crying mournfully on the body of her Hanuman, beloved of her son. When the unconsciousness was removed, Hanumanji saw Lord Shri Ram as the ultimate brahma. God enlightened him by telling him the glory of Shankar. The linga brought by Hanumanji was also established nearby.