Leaving aside the talk of Durvasa Muni, it would not be wrong to say that sages and saints were not quick to get angry. But once they were angry, they would not calm down without cursing. But what Bhrigu Rishi did was a shocking thing.


The sage Bhrigu struck vigorously with his foot on the chest of Lord Vishnu while sleeping on Sheshasaiya in Kshirsagar. If the famous author of great book 'Bhrigu Samhita', enlightened thinker and great scholar Bhrigu Rishi of the  did it, then there must have been something special. 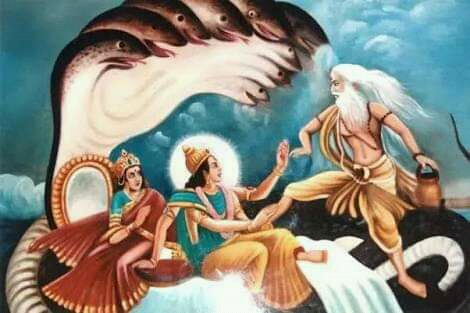 Let's know about this interesting topic.

Once on the banks of the sacred Saraswati river, there was a huge satsang of all the sages and sages. There was widespread debate and discussion on various topics and issues. In such a situation, a question arose as to who is the best among the trinity, Brahma, Vishnu and Mahesh?

Even after a lot of argumentation, when this question was not resolved, the assembly entrusted the challenging responsibility of Bhrigu Rishi, the best among sages, to find out who is the best among the three gods. 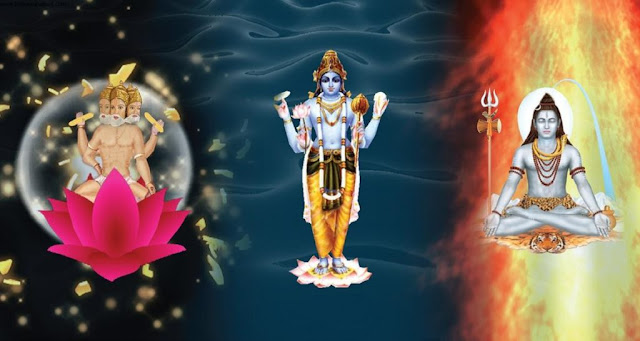 Bhrigu was the psyche son of the sage Jagat-Srstha Brahma. Bhrigu went to his father first to achieve his goal. He decided to take the test of Brahmaji by mind .
When Bhrigu reached his father, he neither greeted nor showed any respect. Seeing this rudeness of Bhriguji, Brahma got angry and was in a hurry to curse.
But when Brahmaji was about to curse, then he remembered that this is my son. So they drank anger. However it could not hide from Bhriguji and he took permission from Brahmaji to depart from there. 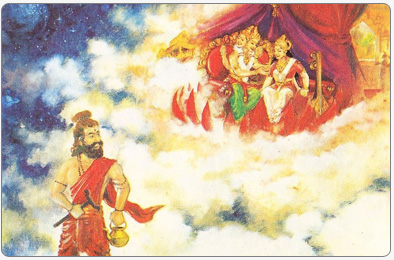 After this Bhrigu rishi went to Lord Shiva on Mount Kailash. Seeing Bhrigu Rishi came, Shiva got up from his place and respected him. But Bhrigu came thinking something, so he started insulting Shiva by saying good and bad. They started saying that you must let Mahadev stay, do not touch me. Your dress is dirty, don't know if you take a bath or not.
Mahadev Shiva got very angry on this and lifted the trident. But on this occasion Goddess Parvati stopped him and pleaded for life as Brahma's son. Shiva's anger then calmed down. 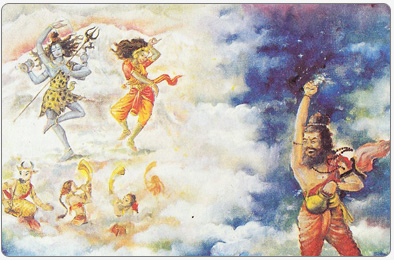 Now it was the turn of Vishnu, the lord of Vaikuntha. When Bhrigu reached Vaikunth, Vishnu was engrossed in sleep on Sheshaiyya. Lakshmi Devi was engaged in his service. In the same situation Bhriguji stepped forward and struck Vishnuji's chest with his foot.
Vishnuji's sleep was disturbed, but instead of getting angry, he said to Bhriguji, sorry sage! I could not see you My chest is very stiff, is your leg hurt?
Bhrigu sage woke up. He apologized to the three gods and narrated the entire story. Thus it was decided who are the best among the three gods. 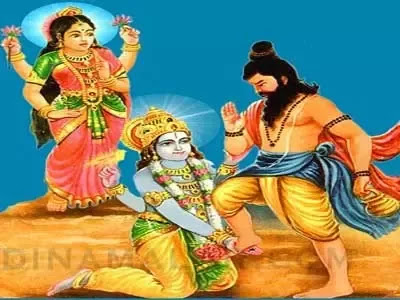 But Lakshmi could not bear the insult of her husband and cursed the entire Brahmin clan of poverty.