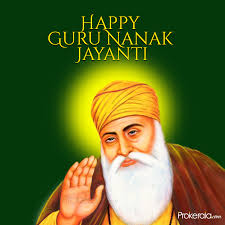 Special on 550th Festival of Lights

He is the first Adi Guru of Sikhs.

His followers address him by the names Nanak, Nanak Dev Ji, Baba Nanak and Nankashah.

Nanak had the qualities of philosopher, yogi, householder, religious reformer, social reformer, poet, patriot and Vishwabandhu - all in his personality.


Kartik Purnima, Samvat 1527 or 15 April 1469 took place in a Khatrikul on Kartiki Purnima in the village situated on the banks of Ravi river in Talwandi, present Nankana Sahib, Punjab, Rai Bhoi.
Some scholars consider his date of birth as April 15, 1469.
But the prevailing date is Kartik Purnima, which falls in October-November, 15 days after Diwali.
His father's name was Mehta Kalu ji, mother's name was Trupta Devi. Talwandi's name later came to be named after Nanak. His sister's name was Nanaki.
From childhood, he started showing signs of sharp intelligence. He used to be indifferent to worldly subjects since childhood. They did not mind to read and write. The school missed school at the age of 7-8 years because the teacher gave up in front of his questions regarding Bhagwatprapati and he came to leave home with respect. Thereafter, he spent all his time in spiritual contemplation and satsang. Many miraculous incidents happened during childhood, which the people of the village started seeing them as divine personalities. His sister Nanki and the village ruler Rai Bular were the chief among those who revered him since childhood. 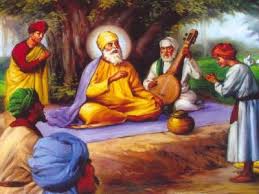 At the age of sixteen in Balapan, the daughter of Moola, who lived in a place called Lakhouki under Gurdaspur district, was married to Sulakhani. At the age of 32, his first son Srichand was born. Four years later, the second son Lakhmidas was born. After the birth of both the boys, in 1507, Nanak left the burden of his family on his father - in - law and with Mardana, Lahna, Bala and Ramdas start pi traveling for pilgrimage with these four companions.
He turned around and started teaching.
By 1521, he completed four travel cycles, touring the main places of India, Afghanistan, Persia and Arabia. These yatras are called "gloom" in Punjabi.
Nanak was an altruist.
He gave a different path to the worship of a divine being to humanity, contrary to the style of idolatry of Sanatan Mat. He always opposed the evils spread in Hinduism. His philosophy was like Sufiyon. He has also looked at the political, religious and social conditions of the time. In saint literature, Nanak is in the category of saints who have given nobility to women.

The essence of his sermon was that God is one and his worship is for both Hindu Muslims. The idol worshiper called the polytheism unnecessary. Both Hindus and Muslims had their influence.
In the last days of his life, his fame increased greatly and his thoughts also changed. He himself started living with his family and spent time in the service of humanity.
He established a city called Kartarpur, which is now in Pakistan and built a large Dharamshala in it. It was at this place that Ashwana Krishna died on 10, Samvat 1597 (22 September 1539 AD).
Before death
He proclaimed his disciple brother Lahna as his successor who later became known as Guru Angad Dev.
Nanak was also a good Sufi poet.
His emotional and tender heart, combined with nature, is unique. His language was "Bahta Neer", in which Persian, Multani, Punjabi, Sindhi, Khadi Boli(Pure language), Aabic words were included. 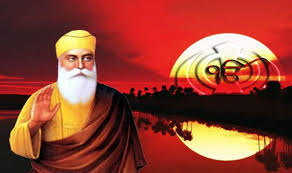 Guru Nanak Dev
When he embarked on his first journey to propagate the knowledge of the divine, he traveled a long way from Sultanpur Lodhi to Saidpur city. There was a market here in which a carpenter prepared and sold items from wood.
He was a very good-natured and caring person. His name was Lalo.
He requested Nanak to visit his house as well. Nanak Dev saw her reverence and accepted the invitation. Guruji and brother Mardana went to Lalo's house.

Was a hard-working man.
He had a modest house, but what did Nanakji mean by these things! They had Come to see his love. Lalo served Gurudev and served it in an ordinary pot of millet made from his earnings.

Guruji and Bhai Mardana also enjoyed delicious dishes in this dry-dried meal. After the meal, Brother Mardana asked Gurudev, why did this food seem as dull as it looked, why did it taste as delicious in the intake?
Nanak Dev ordered, he is a true human being. There is love in its heart. It earns hard work. It does not kill anyone's rights and it has served us food for the same income.
In the same city
The very rich vassal Malik Bhago hosted the banquet. For this he performed a huge yajna and sent invitations to all the saints and fetters of the city. An invitation came to Nanak Dev too but he did not wish to go to the banquet.
Wheat, rice, pulses and all other things were forcibly collected from poor farmers for this feast. People could not refuse because Malik Bhago had a big name. Who would trouble him by refusing him? 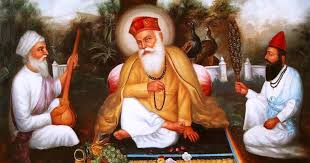 But Nanak Dev did not care for him. The biggest name for him was not of Malik Bhago but of his Lord. Finally, after a lot of Bhago's efforts, Nanak went there.
There Malik Bhago asked Guruji, why didn't you come here to the banquet? Why are Lalo's house chewing dried pieces?
Then Guruji said to Malik Bhago, you get me some pudding-whole. I just now tell the secret of it.
Halwa-puri was called for Guruji. At the same time, he also got a piece of dry bread from Lalo's house. Guruji took pudding in one hand and a dry piece in the other. He squeezed the two together. Then from the halwa-puris of Bhago, the torrent of blood and the dry bread of Lalo started flowing with milk. Thousands of people were surprised to see this scene. 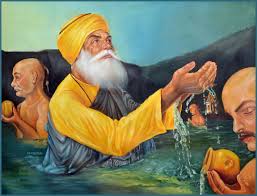 They told the people present there, brothers, this is the earning of religion, from which the edge of milk has come out, and this is the earning of sin, which is blowing the edge of blood.
Seeing this scene
Malik Bhago's eyes opened. He clung to Guruji's feet. He apologized for the crimes he had committed so far in his life and left a life of violence. Now he started spending his earnings in noble work. 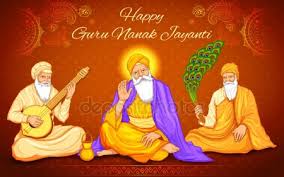 ************************
Guru Nanak Dev Ji
Made many trips to his place during his lifetime. Once Nanak Dev Ji reached Mecca City. He was accompanied by some Muslims. When he reached Mecca, the sun was setting. All the passengers were quite tired.
The famous place of worship of Muslims in Mecca is Kaaba. Guru ji slept on foot towards the Kaaba when tired during the night. Seeing his feet towards Kaaba, Jeon angrily said to Guruji, "Who are you Kafirs who have slept on foot in the house of God?"
On this, Nanak Dev ji said with great humility, I am tired of the whole day's journey here, I do not know where the house of God is, where you can hold our feet and go there, which is not the house of God.
Jeon got angry after hearing Guru Ji's words and dragged his feet to the other side. After this, when he saw the feet leaving, he also saw the Kaaba on the same side.
In this way, when he did the steps again on the other side, the Kaaba was seen moving around. Jion told this to Haji and the Muslims. 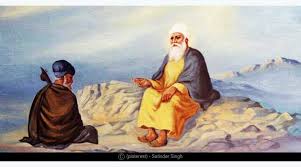 Hearing this miracle, a large number of people gathered there. On seeing this, all the people were stunned and fell at the feet of Guru Nanak. They all apologized to Nanak Dev ji. When he started preparing to walk from there, the Kaaba's peers pleaded with Guru Nanak Dev Ji and kept him as a standing sign.
When the Kaaba Chief Maulvi Imam Ruknadin came to know about this incident, he came to meet Gurudev and he started asking him spiritual questions. He started saying to Nanak Dev ji that I have come to know that you are not a Muslim. Asked what you have come here for. Gurudev said that I have come here to see you all.
On this, Rukandin started asking that Hindus are good that Muslims, on this Guru Ji said that there is nothing worse than birth and caste. Only those who are good are the masters of good conduct. Gurudev Ji said that the Prophet calls him who will convey the message of God to man. Rasool or Nabi had brought the message of God. 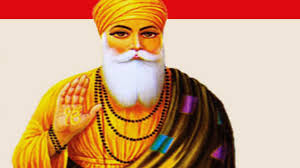 *******************************
Gurunanakdevji came to Burhanpur in Madhya Pradesh via Nashik city of Maharashtra. In Burhanpur they stayed on the banks of the Tapti River. From there he went to Omkareshwar and from Omkareshwar to Indore.
Mr. Mahipat has described his journey in Indore in his book 'Lilavati'. According to it, Guru Nanak Dev Ji, the ocean of love, came to Indore during the second gloom (yatra). He planted a tamarind tree here. Gurdwara Imli Sahib is established here. Gurudev stopped the people from idol worship and told the importance of the word. 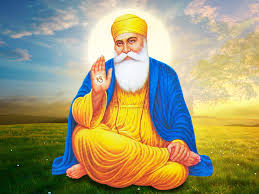 Says that When people wanted to touch his feet with respect, they were amazed. He only saw light. From here, Guru Nanak Devji went there to save the grieving masses of Betma. Shepherds used to live there. He respected Guruji very much, listened to his teachings. When people prayed about the sufferings of water in front of them, they said that at that place, say Dhanna Kartar, dig up the land with a spade. When people did this, a fresh spring of water spilled over there.
Today there is a very beautiful gurudwara. 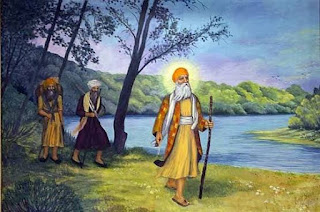