The path of Thakur ji is independent, there is no walking alone.

"Nishmya Geet tadnangavardhanam Vrajastriya: Krishnagrihatmanasa:
Azgmur Nyonyamalakshodhyama: Yatra Kanto Jawolol Kundala: "
To wit -
That despotism of God was going to increase the love of God to provoke their longing for union, so Shyam Sundar had already subdued the minds of the gopis.
Now all the things in his mind, fear, hesitancy, patience, dignity etc. have also been taken away
She got a strange speed as soon as he heard the flute . 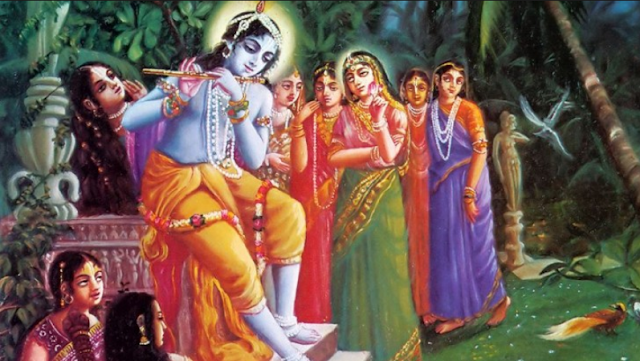 Those gopis who had done cultivation together to get Krishna as husband, those gopis did not even inform each other, even hiding their efforts from each other and went to where they were.
Here when the gopis heard the sound of the Lord's flute, they all ran without telling each other, even one gopi does not tell the other gopi in his mind.
And by the way, if they had gone to pluck the flowers, they would have told each other and taken them along, but the gopis would have done it in public practice, but here it is about God,
The path of Thakur ji is independent, there is no walking alone.
Because there will be two deflections, so Gopi is left alone.
And there is a lot of mystery in this verse of Ras Panchadhyayi.
Gopis are not ordinary, they are ascetic of births, births have been practiced.
And have waited for this time.


And what is flute?

The one who can subdue is the one from of flute whom the flow of nectar(amruit) flows, the one who eradicates the desires, gets absorbed in anger etc., awakens the love, the whole stream flows from the top to the bottom, but the stream of flute is from the bottom to the top.  She goes.
Those gopis, leaving the stream of the world in that stream of God, are just running.
!!  Jai Jai Shree krishna!!
!!  Jai Jai Shree Radhe !! 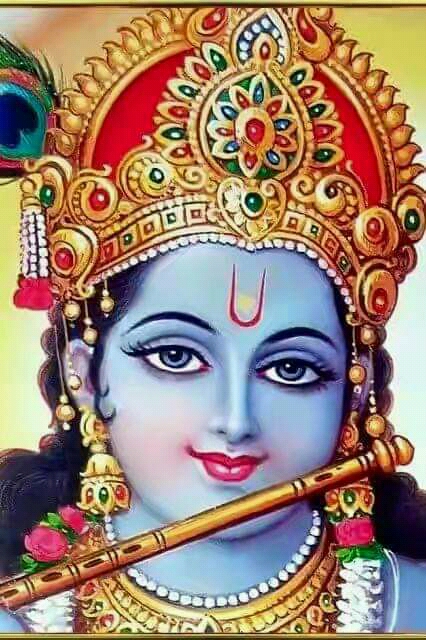 The Vrishabha Avatar of Lord Shiva was for the slaughter of Lord Vishnu's sons.   It is said in the religious texts that there ar...