Result of chanting
~~~~~~~~~~~~~~~~~~~~~~
An old woman lived in a village.  Any of his
No, she would make and sell cow dung and
She used to live by herself.  But one of the woman
The specialty was that she was a Krishna devotee, chanting Krishna while getting up
Used to do even while making the dumplings.  That
Some wicked people in the village ridiculed his devotion and
One day those evil men all night of that old woman
Stole the stove and started saying among themselves that now see how Krishna
Supports them.  When she wakes up in the morning she sees
That someone stole all the cakes.  They laugh
She started saying to her Kanha, "First Makhan
Used to steal and burst into pieces
Gopis used to harass this old lady now
Hide haunts me, well as you wish ”
He started making dumplings for the next day.
It was midday then I became hungry but had some food at home
Was not there, there were two jaggery nuggets so one in his mouth


Poured a few sips of water and went to lie down.  God is so kind, so own devotee will suffer
Seeing that they get distracted, that old man
Sadhika's sufferings could not be tolerated.

Thought test her before helping her
So I disguised as a monk and reached his house
Some started asking for food, the old lady came to her home 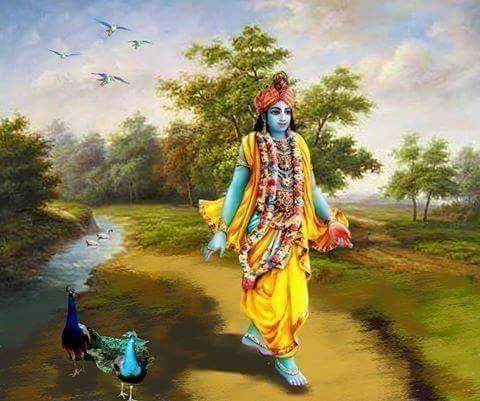 It was a pleasure to see the monk but don't have anything to eat at home
It was sad to think that he had jaggery
The only one to eat Baba with cold water
Gave it to  Baba happy to see the woman's sacrifice
Done and when the old lady
Baba told him all his stories
Giving assurance of help and went to the village sarpanch
Arrive here  Said to the sarpanch, "Have you heard outside this village
Someone who stole the old woman who stole, my
Have a perfection if all the people of the village take care of themselves
If I come, then on the strength of my accomplishment, all of that old woman
I will separate the dumplings.  The sarpanch was a good person
Suffering of theft of the stems of old woman too
Was so, he immediately spoke about Krishna as Sadhu Baba
I agreed and thrashed in the village that all
Immediately bring the top of your house on the village chaupal.  Gin
Evil people had stolen the old woman's
Mix the dung cakes in their stems and collect them in that pile.
They thought that all the cakes are the same, so the monks
How will Baba recognize you?  God to the wicked
Believe both leela and power
Does not happen.  Sadhu, gave ear to all the cakes
Separate the old woman's stems by applying them.  Older woman
The dimples were immediately recognized and
There was no place for their happiness, they
Wake up your hands, salute the monk
Gone.  The wicked who stole the old woman
Baba did not understand that he set his ears
How did you recognize the dimples, so when Baba is away from the village
When they come out, they are evil, ask Baba to know the reason
Arrived, Baba simply said, "Old lady continuous God
Used to chant his name and in his name
There was such a feeling that he even went into the dunes, ears
By applying, they were hearing from whom the name of Krishna
Emanates from whom Krishna's name is derived
He had separated them.
This is the result of chanting, so we have
It should be chanted while doing the act, God on us


That there is grace and rescue from crisis. 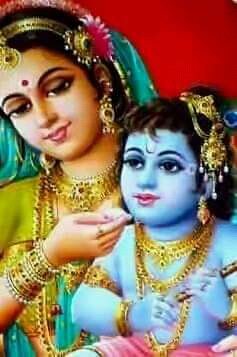