Mahadev is the basis of the world, the world is called Trilokinath, the lord of the whole world. There is no such thing in this world that they cannot get by just thinking. Exactly what is unattainable to the creatures of the world, he immediately gave thought without thinking, pleased with the devotion of his devotees. Even after being so powerful, see how ordinary you are. Neither the performance of power, nor the pretense of anything, while still being in it, keeps looting its compassion on the whole world. So let's go on solving their mystery, it will be a foolish act, because ,Mahadeva's mystery the goddess of knowledge maaSaraswati, cannot solve it, then what is the value of our lives. Nevertheless, what I have understood are presented to you

- Why is Lord Shankar's vehicle bull?

Lord Shankar's vehicle is Nandi. The bull is a very hard working animal. He is calm and innocent despite being powerful. In the same way, Lord Shiva, despite being supreme and powerful, is extremely calm and so naive that one of his names is famous in the world of Bholenath. The way Lord Shankar consumed the work and conquered it, in the same way his vehicle would not be too weak. He has complete control over his work. Also, Nandi Purushartha is also considered a symbol. Even after working hard, the bull never gets tired. He is constantly doing his deeds. This means that we should also always do our work. Just as Nandi is dear to Shiva due to his actions, we can also get the blessings of Lord Shankar. 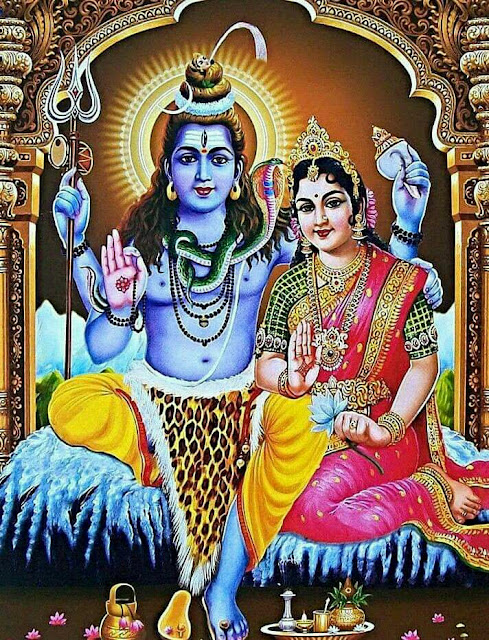 Why is Moon on Lord Shiva's head?

Bhalchandra, a name of Lord Shiva, is also famous. Bhalchandra means the wearer of the moon on the head. The nature of the moon is cool. The rays of the moon also provide coolness. If seen from the point of view of life management, Lord Shiva says that no matter how big a problem comes in life, the mind should always be kept calm. If the mind remains calm, then the solution to the biggest problem will also come out. In astrology, Moon has been considered as the causative planet of mind. The tendency of the mind is very fickle. Lord Shiva holding the moon means that the mind should always be in control. If the mind wanders, the goal will not be achieved. The one who has control over the mind, can easily achieve even the toughest goals in his life. Why does  call Shiva a resident of the crematorium?

Lord Shiva is said to be the god of the family, but still resides in the crematorium. Despite Lord Shiva's worldly abode in the crematorium, an esoteric formula of life management is hidden. The world is a symbol of fascination and cremation, and of recluse. Lord Shiva says that while in the world, fulfill your duties, but stay away from temptation. Because this world is mortal. One day, everything is going to be destroyed. Therefore, while living in the world, do not be tempted by anyone and fulfill your duties and behave like a recluse. 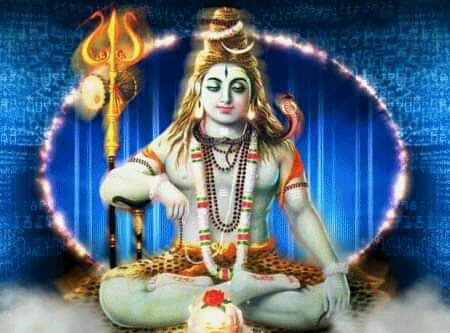 Why does Lord Shiva wear a snake around his neck?

As mysterious as Lord Shiva is, his clothing and jewelery are equally bizarre. Worldly people who run away from them. Lord Shiva keeps it with him. Lord Shiva is the only deity who carries a snake around his neck. If seen, the snake is a very dangerous creature, but it does not bite anyone without reason. Snake is an important organism of the ecosystem. It only helps humans in getting to know. Some people kill serpents out of fear or for their personal selfishness. If seen from the perspective of life management, Lord Shiva holds the snake in the neck and gives the message that every living being has its own special contribution in the life cycle. So do not kill any animal without reason. 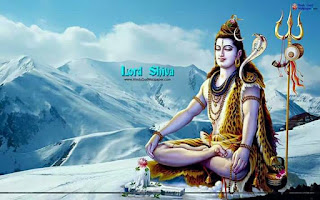 Why do they offer bhang-dhatura to Lord Shiva?

Bhang-Dhatura is offered mainly to Lord Shiva. It is believed that they delight in offering bhang-dhatura to God. Bhang and Dhatura are narcotics. The common people consume them for intoxication. According to life management, offering bhang-dhatura to Lord Shiva means dedicating your evils to God. That is, if you have any type of intoxication, then offer it to God and vow to never take any intoxicating substance in the future. By doing this the grace of God will remain on you and life will be happy. 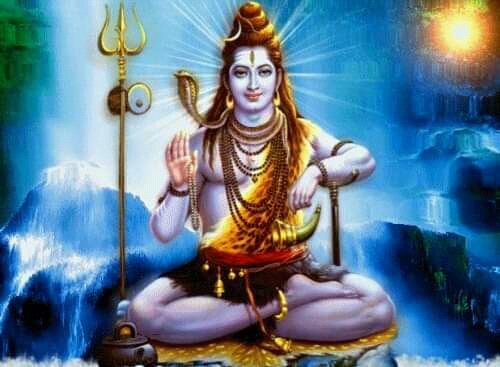 Why is Mount Kailash favourite to Lord Shiva?

According to Shivpuran, Lord Shiva resides on Mount Kailash. Common people do not visit the mountains. Only proven men can reach there. Lord Shiva also indulges in yoga on Mount Kailash. From the point of view of life management, the mountain symbol is of solitude and height. If you want to achieve any kind of accomplishment, for this you should do spiritual practice at a lonely place. By doing sadhana at such a place, your mind will not get lost and will reach a higher state of cultivation. 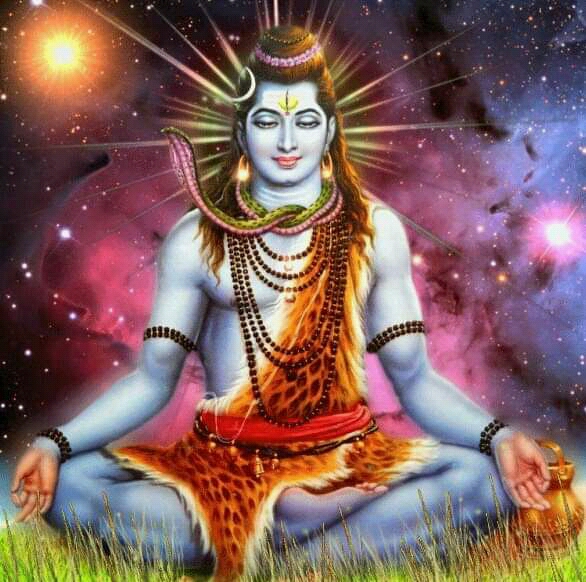 Why is the gana of Shiva the is ghost?

Shiva has been called the god of destruction. That is, when humans start breaking all their limitations, then Shiva kills them. Those who are left to bear the results of their sinful deeds, they are the ones who attain the haunting. Since Shiva is the god of destruction. Therefore, they also punish them. Therefore Shiva is also called the god of ghosts. Actually, this ghost is nothing but a symbol of a subtle body. Lord Shiva's message is that every kind of creature that everyone hates or fears can also reach near Shiva, the only condition is that they surrender themselves to Shiva. 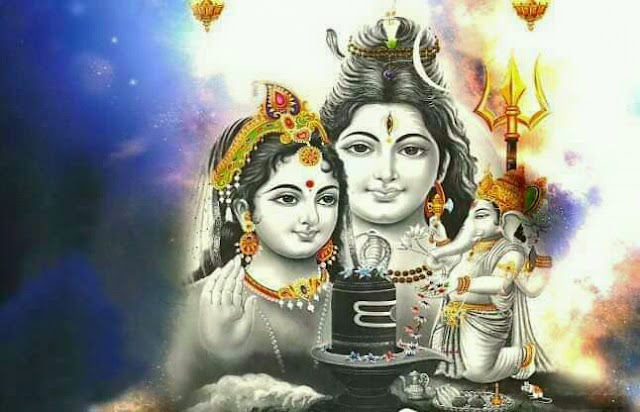 Hope you have liked my effort. But I am not satisfied because I feel that I am where I was and my intellect is baffling. Mahadev is holding my hand, just wish here. 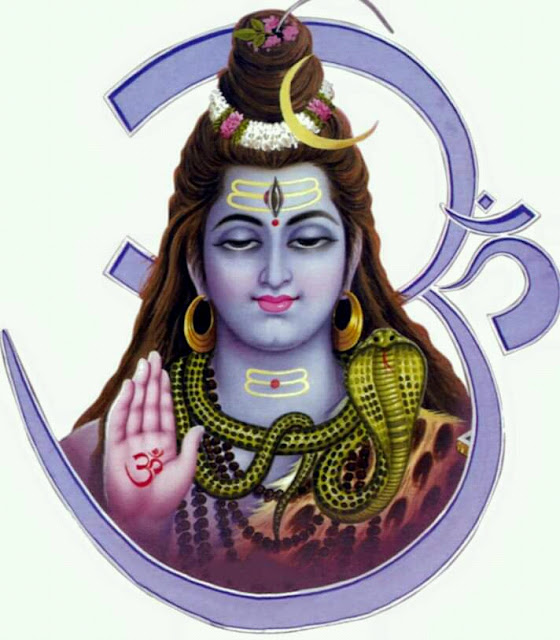