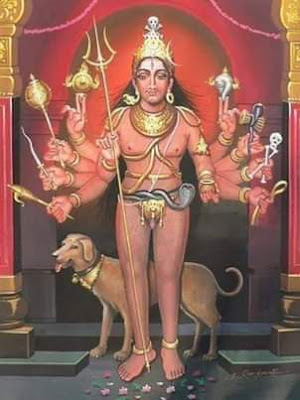 
The Ashtami date of the Krishna Paksha of Margashirsha month is celebrated as Kalabhairava Ashtami. On November 19, Kalabhairava is Ashtami. They are considered masters of defeating illness, fear, distress and sorrow. All types of mental and physical problems are overcome by their worship. 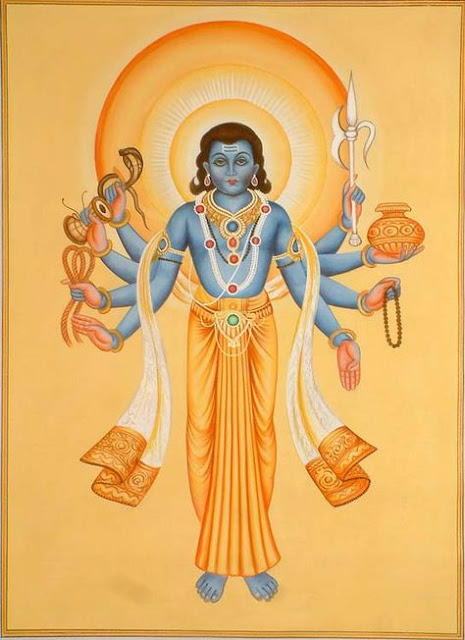 
It is a wonderful incident of Shiva appearing in the form of Bhairava that once on the Sumeru mountain the Gods asked Brahma ji, who is the imperishable element in this gracious world, whom no one knows about such a deity. Make us suffer On this, Brahmaji said that I am the only indestructible element in this world because this creation has been created by me. The world cannot be imagined without me. When the Gods asked this question to Vishnu, they said that I maintain this grazing world, so I am the indestructible element. The four Vedas were called to test it on the test of truth.
The four Vedas said in the same voice that within whom the grasping world, past, future and present are merged, which have no beginning or end, which is unborn, which is beyond life-death, happiness and sorrow, gods and demons whose Worshiped equally, he is the imperishable Lord Rudra. On hearing such speech about Shiva through the Vedas, the fifth mouth of Brahma ji said some derogatory words about Shiva which the four Vedas were very sad to hear. 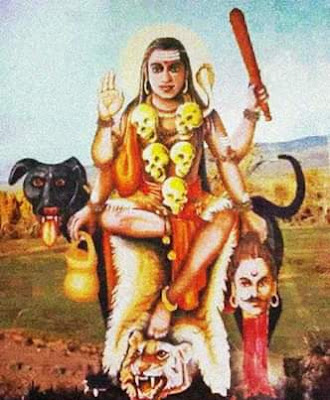 At the same time Lord Rudra appeared in the form of a divine jyoti, Brahma Ji said, O Rudra! You are born from my own body, I have named your name as 'Rudra' because of the more cry, so you come to my service, Shiva got terrible anger on this behavior of Brahma and he produced a man named Bhairava and said That you rule over Brahma. That divinely endowed Bhairava cut off the fifth head of Brahma, who used to say derogatory words to Shiva with the fingernail of the shortest finger of his left hand, resulting in the sin of brahmahatya . At the behest of Shiva, Bhairav ​​departed to Kashi where he was liberated from Brahmahatya. Rudra appointed him the Kotwal(Caretaker) of Kashi. Even today, they are worshiped here as the Kotwal of Kashi. Visions of Vishwanath remain incomplete without seeing them.


By the way, there are many temples of Baba Kalabhairava in India, out of which the Kal Bhairav ​​temple of Kashi is special. It is located at a distance of two kilometers from Vishwanath Temple in Kashi. They are called Kotwal of Kashi. It is believed that the worship of a devotee who does not visit him after the vision of Baba Vishwanath is not considered successful.


The second famous Kalabhairav ​​temple in India after Kashi is situated on the banks of the Kshipra River in Ujjain city. There is such a tradition here that people offer only liquor in the form of prasad to Lord Kaal Bhairav.


Batuk Bhairav ​​Temple is located on Vinay Marg, Delhi. The idol of Baba Batuk Bhairav ​​is specially carved over a well here. This statue was brought by Pandava Bhimsen from Kashi.


The temple of Baba Bhairav ​​Batuk is famous in Delhi. This temple was founded by Pandava Bhimsen. In fact, if the Bhairav ​​brought by Pandav Bhimsen left Viraj outside Delhi, the Pandavas were very worried. Seeing his concern, Batuk Bhairav ​​gave him his two jatas and instructed to put the other Bhairav ​​idol on him by putting it down. 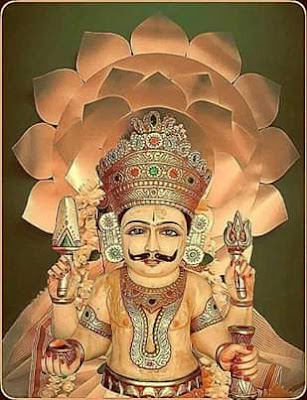 
The Batukabhairav ​​temple of Ghorakhal near Nainital is also very famous. It is known as Golu Devta. Devotees visit the temple daily to worship this white round statue. 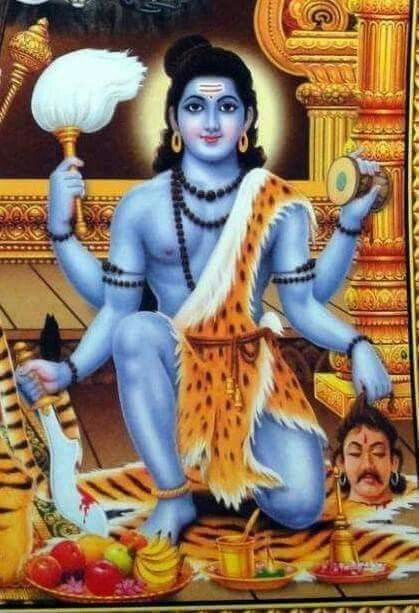 
* 1. Kalabhairava is an incarnation of Lord Shiva and rides a dog. *

*2. Lord Kalabhairava is considered the god of the night. *

* 3. Kalabhairava is considered to be the Kotwal of Kashi. *

* 6. Jasmine flowers are offered in the worship of Kaal Bhairav. *

* 7. The fear of death is overcome by Bhairav ​​mantra, chalisa, chanting and havan. *

* 8. By reciting Bhairava on Saturday and Tuesday, one gets rid of ghosts and negative powers. *

* 9. Those who are suffering from Saturn, Rahu-Ketu and Mars must worship Kaal Bhairav.

* 10. The color of Bhairav ​​ji is black and his four arms. The dog should be fed on the day of Bhairavashtami. * 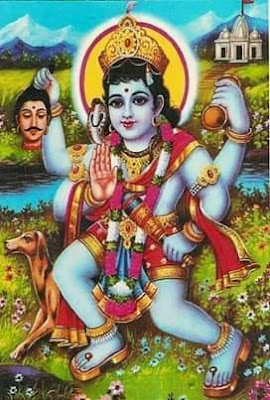 ➡ * Know 8 forms of Lord Bhairav, which one should worship for your wish *


* In this form the body of God is shiny, His ride is elephant. Kapal Bhairav ​​holds the trident in one hand, the sword in the third, the weapon in the third and the characters in the fourth. Worshiping these forms of Bhairav ​​stops legal proceedings. Stuck tasks are completed. *

* Krodha Bhairava is of dark blue body and has three eyes. The god of this form of God is Garun and he is considered the lord of the south-west direction. Worshiping Krodha Bhairav ​​increases the ability to fight against all troubles and bad times. *


* Asitang Bhairav ​​is wearing a garland of white skulls around his neck and also holds a skull in his hand. The three-eyed Asitang Bhairava rides the swan. Worshiping this form of Lord Bhairav ​​increases artistic abilities in humans. *


* In this form, God has three eyes and is a riding peacock. Chand Bhairava carries a sword in one hand and a pot in the other, arrows in the third and a bow in the fourth hand. Worshiping Chand Bhairav ​​brings victory over enemies and brings the ability to fight against every bad situation. *


* Guru Bhairava is holding a skull, ax, and sword in his hand. It is the naked form of God and his riding bull. A snake is wrapped on Guru Bhairava's body. Worshiping Guru Bhairava brings good knowledge. *


* The Sanhar Bhairava is naked, and the skull is installed on his head. He has three eyes and the vehicle is a dog. Bhairava has eight arms and a snake is wrapped on the body. Worshiping it eliminates all the sins of a human being. *


* Ummat Bhairav ​​is a symbol of calm nature. Worshiping them eliminates all the negativity and evils of human beings. The form of this form of Bhairava is also calm and pleasant. Unmat Bhairav's body color is light yellow and his vehicle is a horse. * 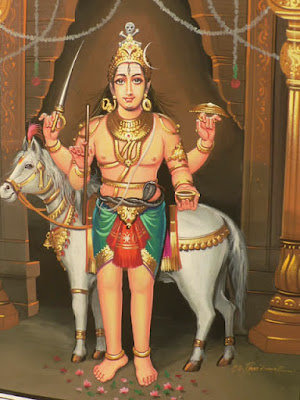