Change yourself to change the world

Change yourself to change the world


Once upon a time, the king ruled in a distant kingdom.  All the subjects were very prosperous in his kingdom, no one was sad or had any debt.  The king also did not have a shortage of treasures, he lived a very luxurious life.

Once the king thought in his mind why not inspect his kingdom, see what is going on in the state and how people are living.  So the king decided after thinking something that he would walk in disguised state on foot without any vehicle so that he could listen to the people and know their thoughts.  Then from the next day, the king changed his appearance in disguise and went out alone to see no unhappy person, then slowly he also inspected many of his forts and buildings.

When the king returned, he was happy that his kingdom was thriving but now there was a lot of pain in his legs as this was the first time that the king had walked so much.  He immediately called his minister and said - why are the roads in the state made of such a hard stone, look, my feet have got wounds, I order at the same time that leather should be laid on the roads all over the state so that there is no problem in walking.  Will not happen.  The minister was stunned to hear, Maharaj, where would all the leather come from and how many animals would have to be murdered for this much leather and money would also cost a lot.  The king felt that the minister was insulting him by not obeying him, to which the king said - follow the order given to you, see how much pain my feet are walking on the stone road.

The minister was very intelligent, the minister said in a calm voice - Maharaj is better than laying leather on the road all over the state, why don't you buy leather shoes.  The king ceased to be a word as soon as he listened to the minister.

Friends, in the same way, every day we face many problems in our life and we always blame others for all the problems, some people see the flaw in everything and every system of the world.  We think that because of such and such person, that my work has deteriorated today or because of such and such person, I have been late for office or I have failed due to such and such person, seeing the garbage lying on the road, everyone is on the nose  After leaving the handkerchief, others leave the streets, but never come forward to clean themselves.  But we never try to improve ourselves, never try to be a part of change ourselves.  Friends fill the pot with one drop and your effort is only one drop but it is very important to fill the pot.  Stop blaming others and change yourself then see the world change itself 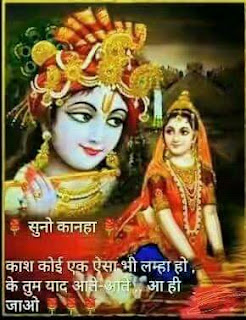