According to Hinduism, Vishnu is one of the three main forms of 'Parameshwara'.  Lord Vishnu is the patron of the universe.  The whole world is governed by the power of Shri Vishnu.  They are present in all the forms of nirgun, nirakara and saguna. When water was created after the heating of God, the first manifested form of Lord Vishnu appeared.  Lakshmi is the consort of Vishnu.  Brahma originated from Vishnu's navel.  Vishnu is superior among the gods of the Aditya class.  There are many other Vishnu's. 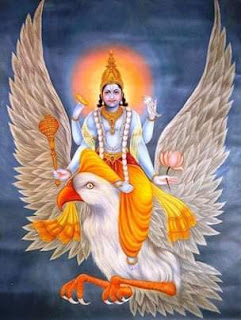 The meaning of Vishnu ji

- Vishnu has two meanings - first the atom of the world and the second which permeates the particle of the world.

There are 24 incarnations of Lord Vishnu but mainly 10 avatars are recognized.  Vishnu killed Madhu Ketabh.  He was the form of Mohini during Sagar Manthan.  Asurendra Jalandhar's lady Vrinda was abducted by Vishnu.

Lord Vishnu, seated on Sheshnag in the Ksheer Sagar, is holding a conch, chakra, mace and padma in his four hands.  His conch is called 'Panchajanya'.  Chakra is called 'Sudarshan', Mada is 'Kaumodaki' and Mani is called 'Kaustubh'.  Kirit, adorned with horoscopes, wearing Vanmala and Kaustubhamani, residing with lotus-eyed Lord Srivishnu Devi Lakshmi.

In the Kshira Sagar.  According to Vishnu Purana, this earth is divided into seven islands - Jambudweep, Plakshadweep, Shamaldweep, Kushadweep, Kraunchadweep, Shakdweep and Pushkaradweep.  These seven islands are surrounded by seven seas.  All these islands are surrounded one after the other, and surrounded by seven seas.  The Sea of ​​Milk or the Ksheer Sea surrounds the Shakadweep.  This sea surrounds the Pushkaradweep. 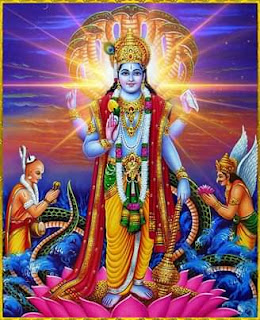 
There are many sub-sects of Vaishnavism - such as Bairagi, Das, Ramananda, Vallabh, Nimbark, Madhva, Radhavallabh, Sakhi, Gaudiya etc.  The Vaishnava motif is found in the worship of Aditya (one of the four emblems born of the Vedas).  The description of Lord Vishnu is also found in the Vedas.  Among the Puranas, Vishnu is famous from the Puranas.  Vishnu's abode is believed to be within the sea. 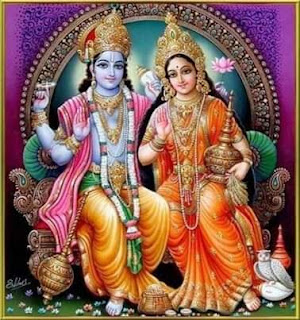 1. The Vaishnavite temple consists of idols of Vishnu, Rama and Krishna.  Is not fanatical about monotheism., 2. Its saints keep the head shaved while shaving. 3. Its followers keep the peak while shaving the head during dashakarma. 4. All these rituals are done during the day.
5. They give importance to satvik mantras.
6. Wearing janeu wears Pitambari clothes and holds kamandal and dandi in hand. 7. Vaishnavas observe fasting based on the Sun.  10. They make sandalwood stand. 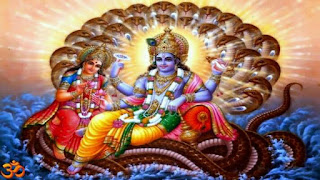