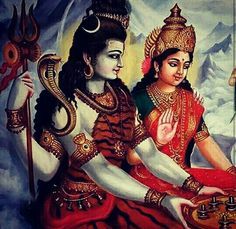 Veer Arjun reached Mount Indrakil as instructed by Vyasji to please Shiva and to overcome the troubles faced by his kingdom.  He built a Shiva lingam on the banks of Jahwavi and started doing penance while duly worshiping that lingam.  When Indra came to know about this by his detectives, he immediately understood the desire of Arjuna and immediately took care of the aged Brahmachari and came there and after receiving the hospitality of Arjuna in many ways to distract him, distract him.  He tried, but when he could not succeed in this, then he came in front of Arjun in his real form.

He preached Shivaji's divine mantra to Arjuna and disappeared by ordering his followers to protect Arjuna.  Subsequently, according to Maharishi Vyasji's saying, he stood on one leg meditating on Shiva and started chanting 'Om Namah Shivaya'.  Seeing the severe penance of Arjuna, the gods reached Lord Shiva and started praying to provide Arjuna the bride.  Hearing the talk of the gods, Shiva smiled and said- 'You guys should be relaxed.'
Hearing these words of Lord Shiva, all the gods were satisfied and returned to their respective places.  Here, a demon named 'mook' sent by Duryodhana to Arjuna, took the form of Sukr and uprooted the trees, damaged the mountains.  It did not take Arjun to understand that he wanted to harm me.  He immediately lifted his bow and arrow.

At the same time, Shiva with his ganas took the form of Bhil and reached there.  At the same moment Sukar stepped in to attack when Bhilraj and Arjun released the arrow together.  Bhilraj's arrow hit the back of Sukra and went out of the mouth into the earth.  The arrow fired by Arjuna fell into the face of Sukr and fell on the earth.  He died instantly. 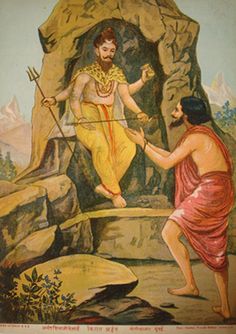 Arjuna bent down to take his arrow that at the same moment, a follower of Bhilraj also lied to take that arrow.  Arjun said a lot that this arrow is mine, my name is written in it, yet the retainer remained adamant on his persistence.  In the end, the follower called Arjuna to Objurgative manner and defied the war.

Arjun also got angry.  He said- 'I will not fight with you, your king.'  When Lord Shiva heard this thing, he, along with his people, got ready for war.  A fierce battle ensued in both.  Shiva, injured by Arjuna's arrow, started running towards all four directions.  Then Kirat Veshadhari Shivji destroyed Arjuna's armor and arrows.  Then Arjuna meditated on Lord Shiva and took hold of that Kirat Veshadhari and started rolling it vigorously.  Then Shiva appeared in his true form. 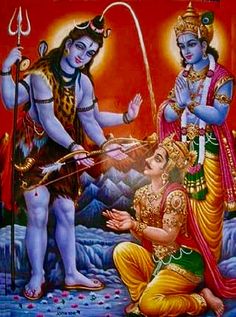 Arjun was stunned to find Shivji in front of him.  He immediately bowed to Shivji and began to praise him.  Then Shivji said- 'I am happy with you, ask for a groom'.

Arjun said- 'Nath!  The enemy's crisis that was hovering over me was overcome by the mere sight of you, so please bless me in such a way that I have great faith.

Shivji smilingly gave his invincible Pashupat weapon and said- 'vats!  You will always be invincible with this weapon.  Go get victory. '  And then Lord Shiva disappeared.  Arjuna was pleased and returned to his brothers. 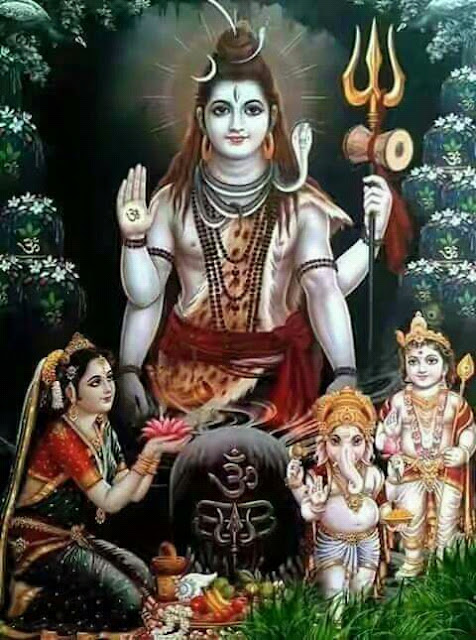