When Mahadev became a servant.(VIDYAPATI AND MAHADEV)

When Mahadev became servant to Vidyapati.

A beautiful story of Vidyapati and Mahadev.


No one can think that one of the gods beat Lord Mahadev with burning wood, but this is absolutely true.  There is some talk around 1360 AD.  In those days there used to be a poet in Visfi village in Bihar.  The poet's name was Vidyapati.  Along with being a poet, Vidyapati was also an ardent devotee of Lord Shiva.  Pleased with his devotion and creations, Lord Shiva wished to be with him.

One day Lord Shiva came to Vidyapati's house after making a vestige of a Gawar and expressed his desire to live together, Vidyapati refused.  Shiva ji told Vidyapati to grow his name.  Vidyapati's financial condition was not good, so he refused to hire Ugna.  But where were Shiva's followers.  Only two agreed to do the job on food.  At this, Vidyapati's wife asks Vidyapati to hire Ugna.  Accepting his wife, Vidyapati hired Ugna.
One day Ugna was going with Vidyapati to the king's court.  Vidyapati's throat started to dry due to the strong heat.  But there was no source of water nearby.  Vidyapati told Ugna to arrange water from somewhere else I would die thirsty.  Lord Shiva went some distance and opened his jata and filled a lotta Ganga water. 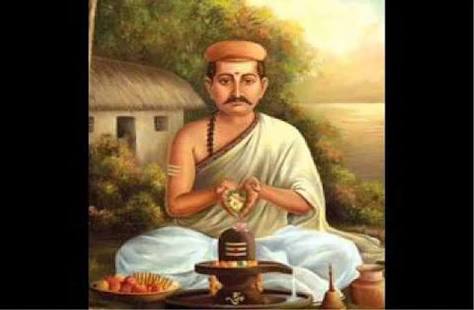 When Vidyapati drank the water, he felt the taste of the Ganges water and he was surprised that from where this water did not even see the source of water in this forest.  Even water that tastes like Ganges water.  Poet Vidyapati Ugana became suspicious that it is not an ordinary person but Lord Shiva himself, so he insisted to know his real introduction to Ugna.
When Vidyapati called Ugna to hold Shiva's feet, Ugna had to come to her true form.  Lord Shiva himself appeared at the place of rising.  Shiva said to Vidyapati that I want to be with you as a grown-up, but do not ever tell this fact to anyone.


Vidyapati had found the God of the world without asking.  He accepted Shiva's condition.  But one day Vidyapati's wife Sushila gave Ugna some work.  Rising did not understand that work properly and made a mistake.  Susheela got annoyed with this and started burning Shiva ji by removing the burning wood from the stove.  When Vidyapati saw this scene, he spontaneously came out of his mouth, 'This person is Lord Shiva, killing him with burning wood.'  What was it then, as soon as the words came out of Vidyapati's mouth, Shiva became absorbed from there.

After this, Vidyapati started to grow like crazy, and in the forests saying, grow Shiva everywhere in the fields and started looking for Shiva.  Shiva felt pity on seeing such a condition of the devotee.  Lord Shiva appeared before Ugna and said that I can no longer be with you.  Now I will be seated as a Shiva Linga as a symbol of the one who has been with you.  After this Shiva returned to his world and Shiva Linga appeared at that place.  The famous temple of Ugna Mahadev is presently located in the village of Bhawanipur in Madhubani district of Bihar.
Om Har Har Mahadev 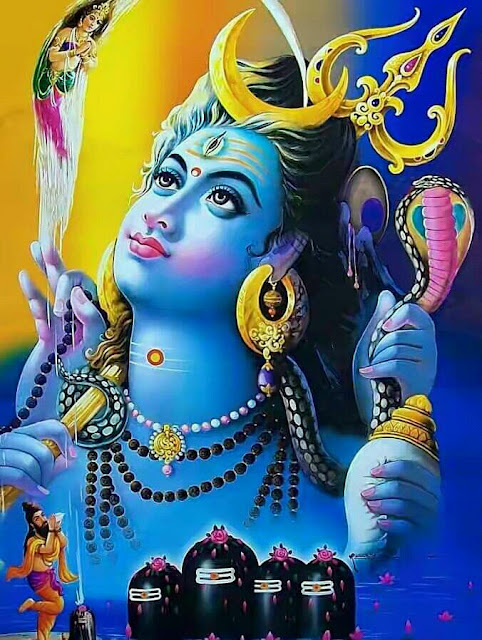