What to do on the day of Dhanteras?


What to do on the day of Dhanteras?


Dhanteras is the festival celebrated on the Krishna Paksha Trayodashi in Kartik month.  Dhan Teres is also known as Dhan Trayodashi and Dhanvantari Jayanti.  It is believed that on this day the father of Ayurvedic medicine, Dhanvantari Dev, appeared by taking the amruit kalash from Samudra Manthan.  Hence Dhana Teresa is also called Dhanvantari Jayanti.  When Dhanvantari Dev appeared with the churning of the ocean, at that time he had an kalash full of amruit in his hand.  This is why there is a tradition of buying utensils on the day of Dhan Teresa.  Deepawali begins with the festival of Dhanteras.

1. Udayavipini Trayodashi of Krishna Paksha is celebrated in Dhanteras Kartik month.  Here by Udayavipini Trayodashi means that, if the date of Trayodashi begins with the rise of Sun, Dhanteras should be celebrated.
2. In the Pradosh Kaal (three Muhurats after sunset) on the day of Dhan Teres, a lamp is also offered to Yamraj.  If on both days, whether or not Trayodashi Tithi touches Pradosh Kaal, then in both the cases, Deepdan is done on the second day.
Worship of Dhanteras and religious rituals
The greatest wealth of human life is good health, therefore, this festival should be celebrated for the attainment of health-like wealth on the incarnation day of Ayurveda, Dev Dhanvantari.

2. There is a tradition of buying brass and silver utensils on Dhanteras.  It is believed that buying utensils leads to wealth prosperity.  On this basis, it is called Dhan Trayodashi or Dhanteras.

3. On this day, lamps should be lit in the main gate and courtyard of the house in the evening.  Because the festival of Deepawali starts with Dhanteras.

4. On the day of Dhanteras, in the evening, a lamp is offered for Yama Dev.  It is believed that by doing this, one gets freedom from the fear of death god Yama.

Wish you all a very happy #Dhanateras.  We hope that the blessings of Dhanvantari Dev remain on you and you remain healthy and healthy. 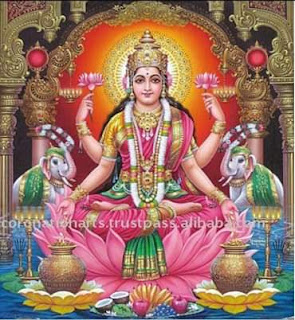