Mahalakshmi, the goddess of wealth in the broom!


# Mahalakshmi, the goddess of wealth in the broom!

Mythological scriptures state that in a house where the broom is insulted, there is loss of wealth, because the broom is considered to be the abode of Mahalakshmi, the goddess of wealth.
According to scholars, Mahalakshmi is disrespected by the footing of a broom.  The mop sweeps out household waste and is considered a symbol of poverty.  The house where there is complete cleanliness, there is wealth, property and peace.  Conversely, where there is dirt, there is a abode of poverty.
All the members living in such houses have to face many kinds of financial troubles.  That is why the emphasis is on keeping the house completely clean so that the poverty of the house can be removed and the blessings of Mahalakshmi can be obtained.  By sweeping away the waste of impoverishment from the house, the broom i.e. Mahalakshmi provides us with wealth, happiness and wealth.
According to Vastu science, the broom is only for the dirt of the house
It does not remove, but also brings poverty out of the house and brings prosperity in the house.  The importance of broom can also be understood that to overcome diseases, Sheetla Mata holds a broom in one of her hands.
If the broom accidentally gets a foot, then you should pray for forgiveness from Mahalakshmi. When the broom is not used in the house, then it should be removed from the eyes.
In this way, some caution tips have been adopted for broom, among them you are like: - Do not apply broom after sunset at the time of sham, this causes financial problems.

Should, it causes discord.
For your good days to never end, we should never allow the broom to be footed or kicked even by mistake, if this happens then mother Lakshmi will be angry and leave our house.


Always keep the broom clean, do not leave the throat.


By sweeping cow or any other animal

Never be beaten by beating.


If the family members have left the house for any particular work, then they should not sweep immediately after they leave.  It is considered to be very bad ominous.  Doing so may leave the person facing failure in their work.

The old broom should be replaced on Saturday.


To see a broom in a dream means loss. A small broom should be hung behind the main door of the house.  This keeps the grace of Lakshmi in the house.

In the northeast corner of the house of worship, sweep and dustbin should not be placed, because by doing this negative energy increases in the house and there is no barkat in the house, so according to Vastu, if possible, to clean the house  Keep a separate clean cloth.
Those who live on rent, they rent a new house or build their own house and enter the house, then make sure that your broom does not remain in the old house.  It is believed that when this happens, Lakshmi stays in the old house and the development of happiness and prosperity stops in the new house. 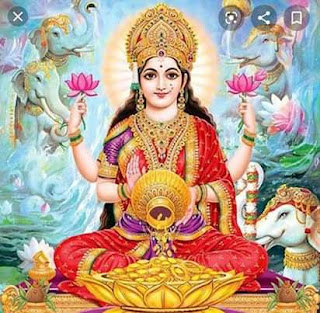