================================
Chhath or Surya-puja is performed from the Mahabharata period.  It is said that Chhath-puja was started by Suryaputra Karna.  Karna was the supreme devotee of Lord Surya.  According to the Puranas, he used to offer arghya to the sun by standing in the water for hours every day.  He became a great warrior by the grace of Surya.  Another description of Surya Puja is found in Mahabharata.  According to this, Draupadi, the wife of the Pandavas, wished for the best health of her family and performed regular sun worship for a long life. 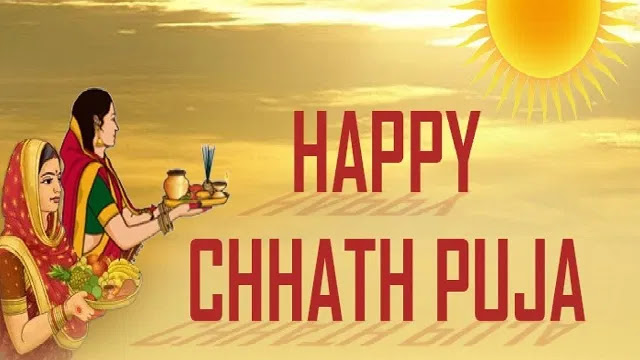 Chhathpuja is a festival mainly associated with Sun worship, which has a special place in Sanatan Dharma.  Among the deities of Sanatana Dharma, Surya is such a deity that can be seen in tangible form.
The main sources of Sun's powers are his wife Usha and Pratyusha.  In Chhath, there is a combined worship of both the powers along with the Sun.  In the morning, the first ray (Usha) of the Sun and the last ray (Pratyusha) of the Sun in the evening are offered to both of them.
Suryopasana Rig has been happening in India since Vedic period.  The Sun and its worship are discussed in detail in Vishnu Purana, Bhagavata Purana, Brahma Vaivarta Purana etc.  By the middle ages, Chhath became revered as the systematic festival of Suryopasana, which is still going on. 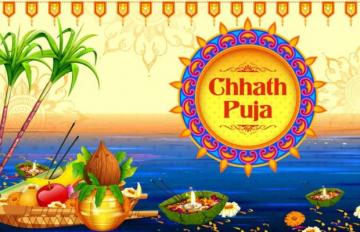 .
Chhath-festival is of four days.  It starts from the third day of Bhai Dooj.  On the first day, sandha salt, ghee made of arva rice and pumpkin vegetable are taken as prasad.
Fasting starts from the next day.  Kheer is made at night on this day.  Fasters take this prasad at night.
Arghya means milk to the sun on the third day.
Arghya is offered to the rising sun on the last day.  In this worship, purity is taken care of;  Garlic is onion taboos.  It is said in the Bhavishya Purana, that this fast, dedicated to Lord Surya, should be observed on the Shashti Tithi of the Shukla Paksha of each month.  It is said that whatever desire is expressed on the Chhath-festival from Surya and Shashti Mata is definitely fulfilled within a year.
.

* Bathing of Ganga is of special importance on this day, the person who cannot go to take a bath in the Ganges, should take a few drops of Ganga water in the bath water at home and take bath.
* Suryopasana as soon as the sun god rises in the morning.  Keep in mind that do not worship Suryop until Sun God is visible directly.
* Chant Surya Mantras.
* Take Panchagavya.
* Eat salt-free food once a day.
* Red color is very dear to Sun God, so he is offered saffron, red sandalwood, red flowers, red fruits, gulal, red cloth, red sweets etc. 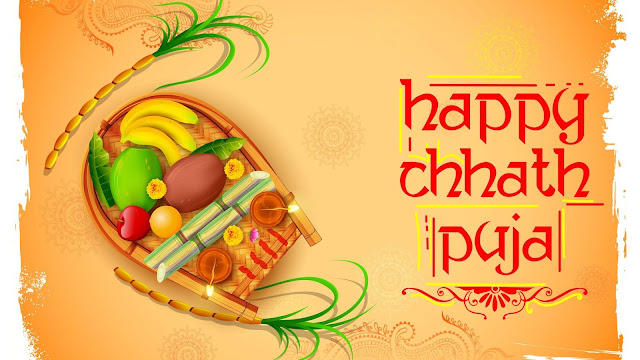 
Therefore, it does not have any special harmful effects on humans in normal stages, rather harmful germs die by that sunlight, which benefits human life only.

From the scientific point of view, 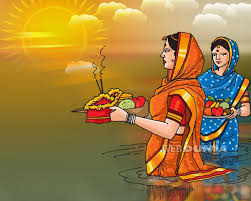 there is a special astronomical change on the sixth day (Chhath), at this time, the ultra violet rays of the Sun collect more than normal on the surface of the Earth, due to this its possible  The ability to protect humans as much as possible from ill effects is gained.  It is possible to protect organisms from the harmful effects of sun (star) light (ultraviolet rays) from observance of the festival.  Earth's creatures get a lot of benefit from this.  Along with sunlight, its ultraviolet rays also hit the Moon and Earth.  When the sunlight reaches the earth, the atmosphere is first met.  Upon entering the atmosphere, it gets an ion system.  Using ultraviolet rays, the atmosphere synthesizes its oxygen element and converts it into its allotropic ozone.  By this action, most of the sun's ultraviolet rays are absorbed into the Earth's atmosphere.  Only a negligible part of it reaches the surface of the Earth.  Under normal conditions, the amount of ultraviolet rays reaching the surface of the Earth is within the range of tolerance of humans or organisms.  Therefore, it does not have any special harmful effects on humans in the normal state, rather the harmful germs die by that sunlight, which benefits man or life.  The celestial position of the Chhath (at both ends of the equator of the moon and the Earth's traveling plane) reaches the Earth again in greater quantities than the sun's ultraviolet rays, reflected from some lunar surface and some spherical refracted.  Recurring from the atmosphere levels, at sunset and sunrise it becomes even more dense.  According to astrological calculations, this event comes after six days of Kartik and Chaitra month.  Being based on astrological calculations, it is named nothing else but Chhath festival. 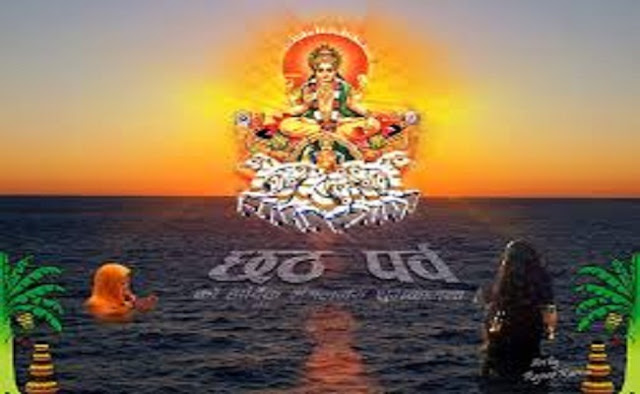