Mahaparva Chhath Puja is of special importance, know some important things related to this festival.

Chhath Puja, the Mahaparava of Surya worship, is performed on the sixth day immediately after the five-day Diwali festival.  Preparations for this puja are going on in full swing.  Bihar has been the main center of this festival celebrated in eastern India, but with the passage of time, this festival is being celebrated not only in the whole country but also abroad.  According to the Hindi calendar, this Mahaparava is celebrated from Chaturthi Tithi of Shukla Paksha of Kartik month to Saptami Tithi.  On this festival lasting four days, the whole family gathers together and celebrates it with pomp.  Let us tell you everything related to this festival ... 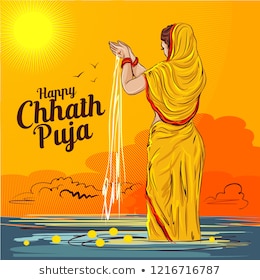 he beginning of fasting with Nahai-Khay.
Starting from the Chaturthi date of Shukla Paksha of Kartik month, this mahaparva is known by many names like Chhath Puja, Chhathi Mai, Surya Shashthi Puja Chhath, Chhath Mai Puja, Dala Chhath, etc.  This time Chhath Puja starts from October 31.  On the first day of Chhath Puja, there is a bath.  It is believed that before performing this fast, both body and mind should be clean.  On the day of Nahay-Khay, the devotees take bath and wear new clothes and eat pure satvik food.  On this day, eating gram and lentil vegetables is of special importance.


Swear on the second day of the fast.  .

Kharna is to be done on the second day after Nahay-Khay.  On the day of Kharna, the fasters do not eat or drink anything throughout the day.  In the evening, Jaggery Kheer is made as a special offering by fasting stripes.  The Vratis take this prasad after performing the Puja.  The Prasad is given to all the members of the household after receiving the offerings of fasting stripes.  On this day, Vratis also make offerings for the next day's worship.  This time Kharna is on 1 November.


Arghya to the setting sun on the third day. 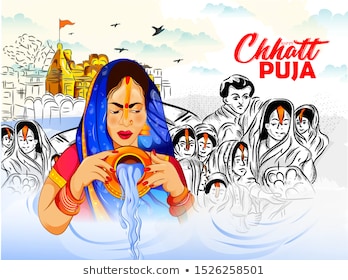 The worship of the rising sun has special significance in Hinduism.  But during Chhath Puja, the setting sun is worshiped.  The fasters keep the Nirjala fast throughout the day and prepare for worship in the evening.  In the river or pond, the devotees stand and offer the sun to the drowning sun.  After offering arghya to the Sun, the devotees start preparing for the next day's worship.  This time this arghya will be given on 2 November.

End of worship on the fourth day.

The worship ends on the fourth day of Chhath Puja i.e. Saptami Tithi.  The rising sun is worshiped on this day.  The fast ends this time on 3 November.  After worshiping the Sun, offerings are made to the people present there.

Normally, people consider taking something as inferior, but there is a special tradition of eating offerings after offering arghya in Chhath Puja.  Behind this tradition of asking for prasadam, this belief is also told that it destroys arrogance.  It is natural for everyone to be proud of this great tradition of India.

This worship has special significance in Bihar.  This Mahaparava is also known by the names of Chhath Puja, Chhathi Mai Puja, Dala Chhath, Surya Shashthi Puja and Chhath Parv. This festival of four days includes Nahai Khay, Kharana, Sandhya Ghat and Bhorwa Ghat.
Apart from religious significance, there are a lot of scientific facts associated with these rituals.  During this puja, devotees pray on the river bank during sunrise or sunset.  It has been proved in science that during this time the ultraviolet rays of the sun are very low and it is beneficial for the body to stay in sunlight during this time. 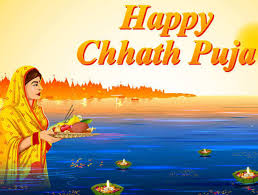